With his last gift to West Michigan, Rich brought people together 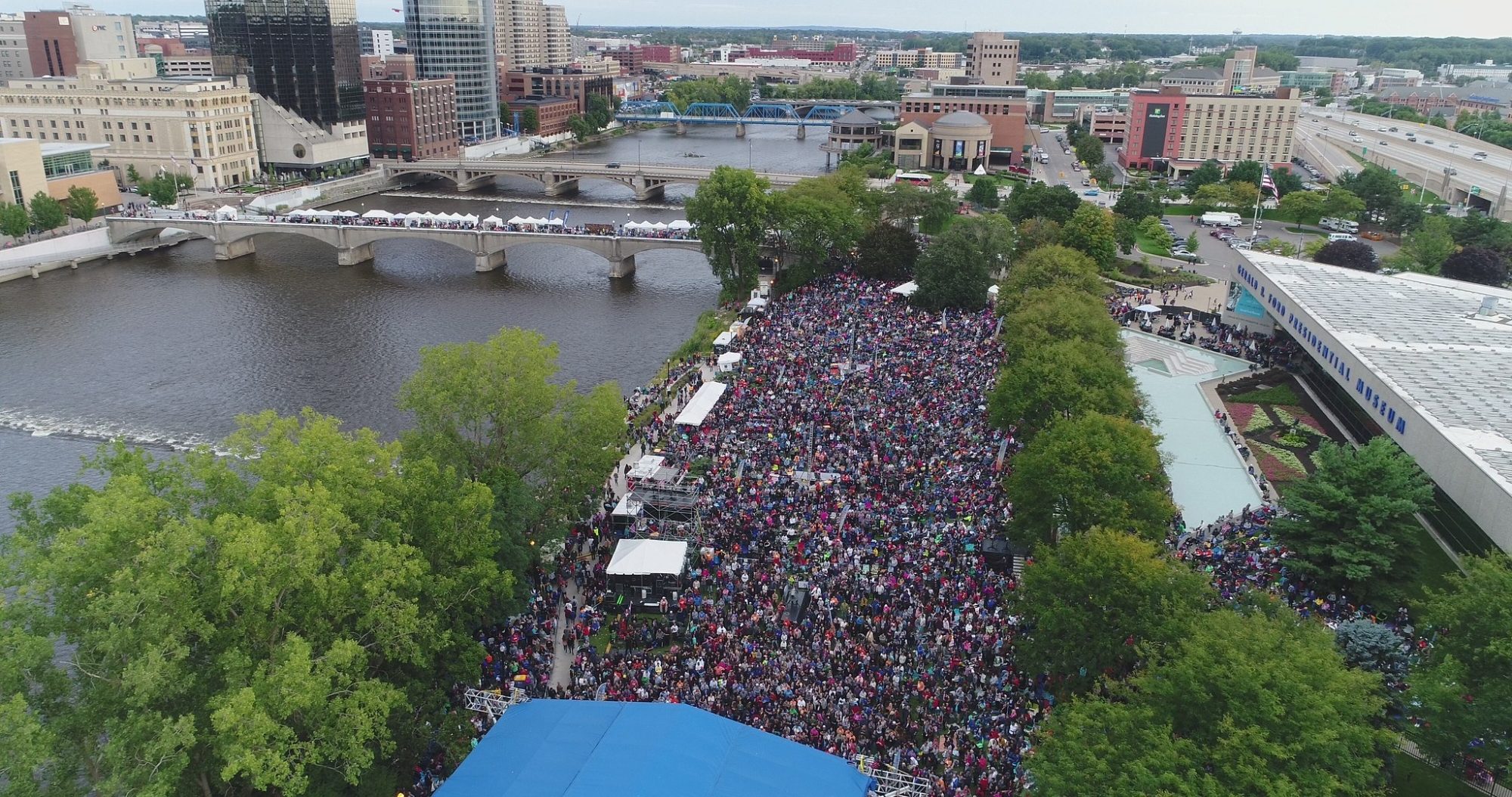 Hundreds and hundreds of people mourned Rich DeVos in the week after his death on Sept. 6, 2018. But chances are he would have been more pleased with the thousands who gathered in downtown Grand Rapids just days later for CityFest, a festival of faith that many saw as Rich’s last gift to his hometown.

The free festival, Sept. 8-9, 2018, was a nondenominational celebration of music and faith supported by more than 430 churches in the Grand Rapids area. It was a result of a phone call Rich made two years earlier to his longtime friend and noted evangelist Luis Palau.

‘We’ve got to do one more thing together’

Luis’ son Andrew shared the story of how CityFest got its start with local media before the event. He related how Rich spoke to his father—who had already been diagnosed with the stage four lung cancer that would take his life years later.

“He said ‘Luis, before we go, and it’s not going to be long, we’ve got to do one more thing together in my hometown,’” Andrew recalled.

The last time Luis Palau came to Grand Rapids was in 1994, when he appeared at LMCU Ballpark, known then as Old Kent Park. Friends of Rich said he wanted to bring the evangelist back ever since.

His legacy was using his broad definition of family in its most inclusive sense, bringing together all sorts of people from all sorts of backgrounds to work together around a cause greater than themselves.

Rich’s son Doug, who was co-chair of CityFest, spoke about the event at the Celebration of Life service for his father the following week. He said Rich saw the entire community as his family and was troubled by all the challenges and issues that he saw dividing the community. CityFest was Rich’s way of working toward unity.

“He wasn’t satisfied simply working in the community directly; he wanted to encourage leaders throughout the community to work together horizontally,” Doug said. “Over 400 churches, hundreds of community leaders, thousands of volunteers from all over West Michigan are working together to share the gospel.

“His legacy was using his broad definition of family in its most inclusive sense, bringing together all sorts of people from all sorts of backgrounds to work together around a cause greater than themselves, to achieve unity of purpose, to serve God, and to serve others. Thank you, Dad.” 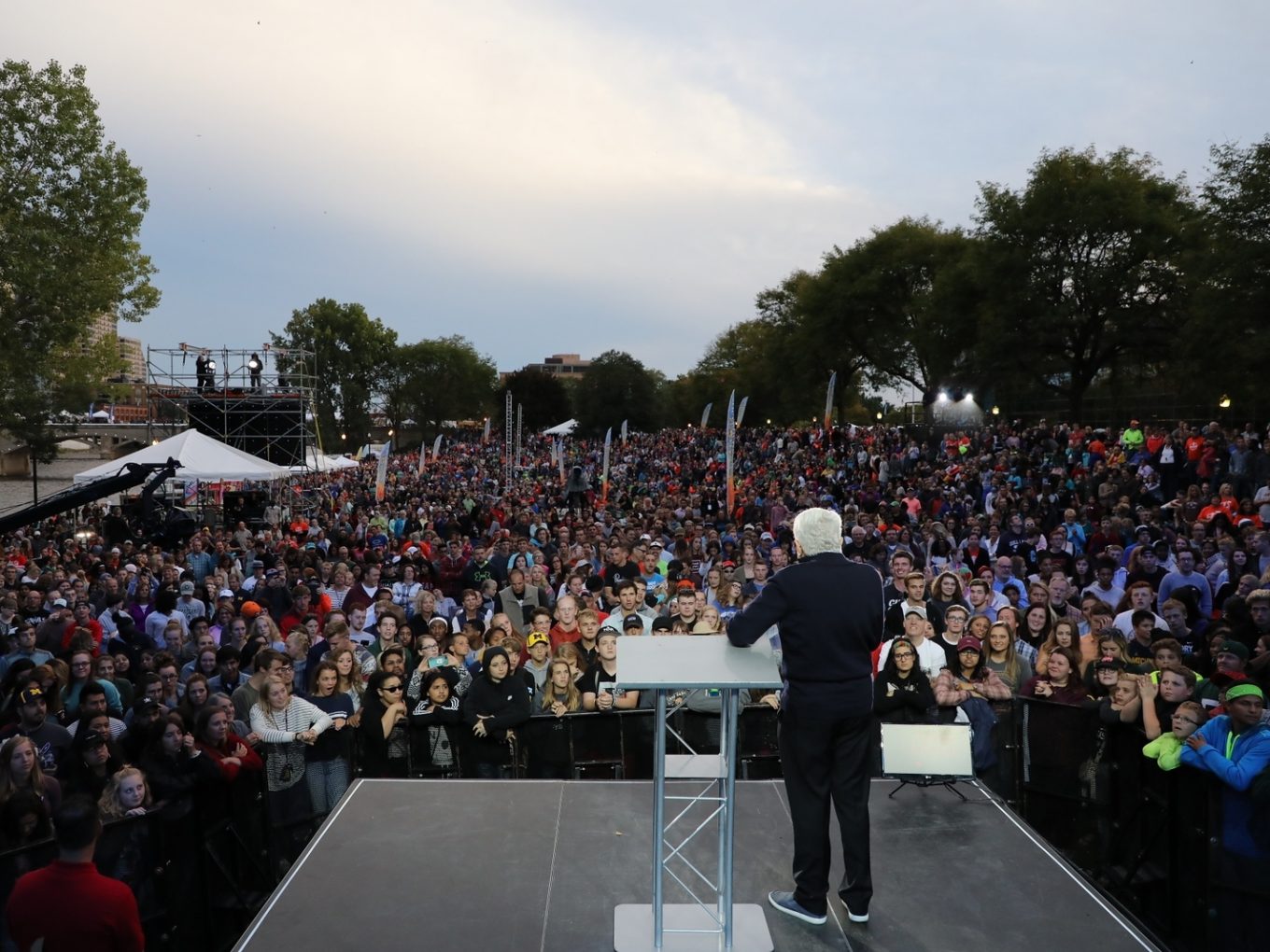 1/4
Evangelist Luis Palau speaks to the crowd at CityFest in Grand Rapids in 2018, just days after the death of Rich DeVos, who helped bring the free event to his hometown. Palau died in 2021. (Photo courtesy Luis Palau Association) 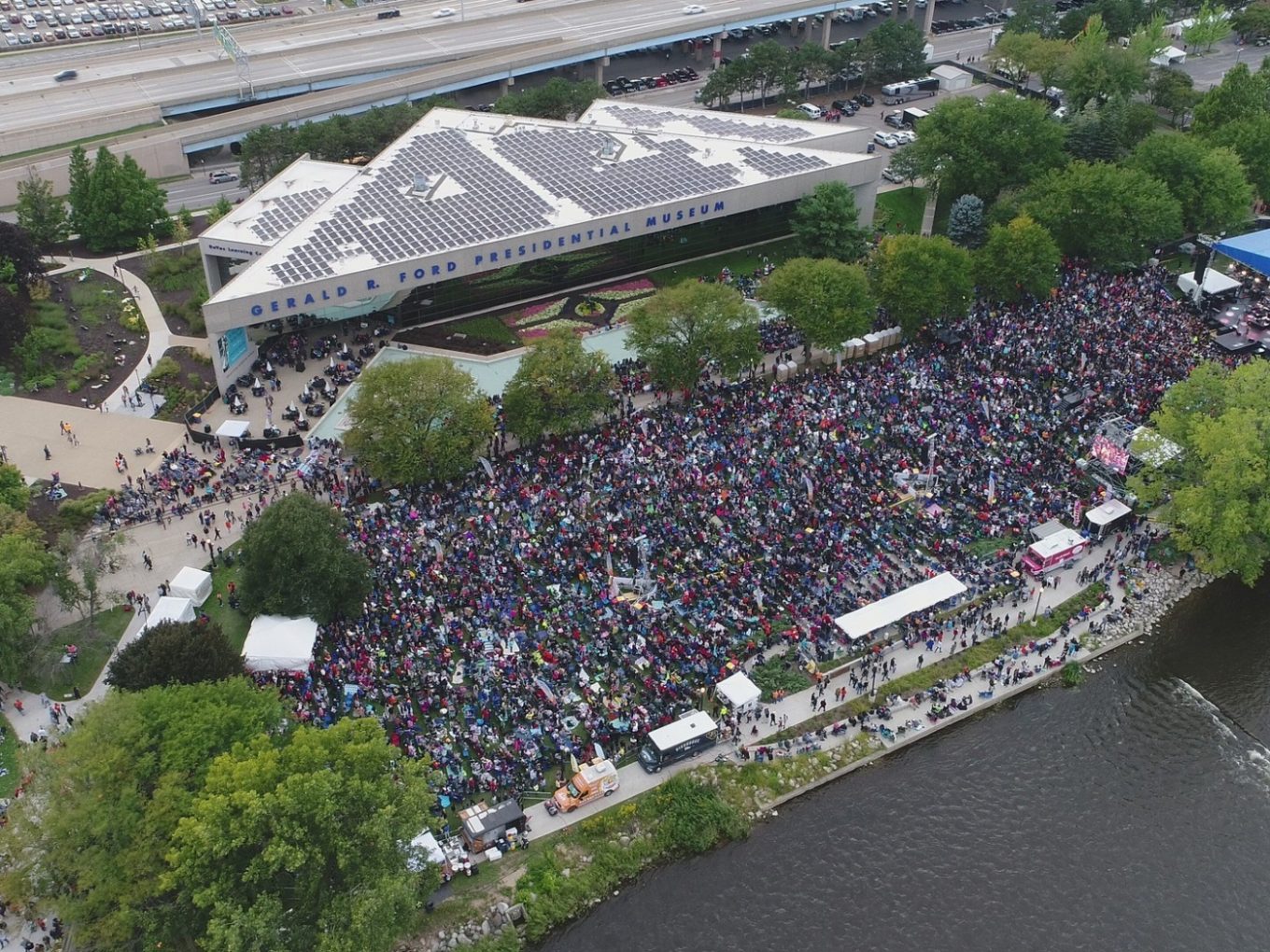 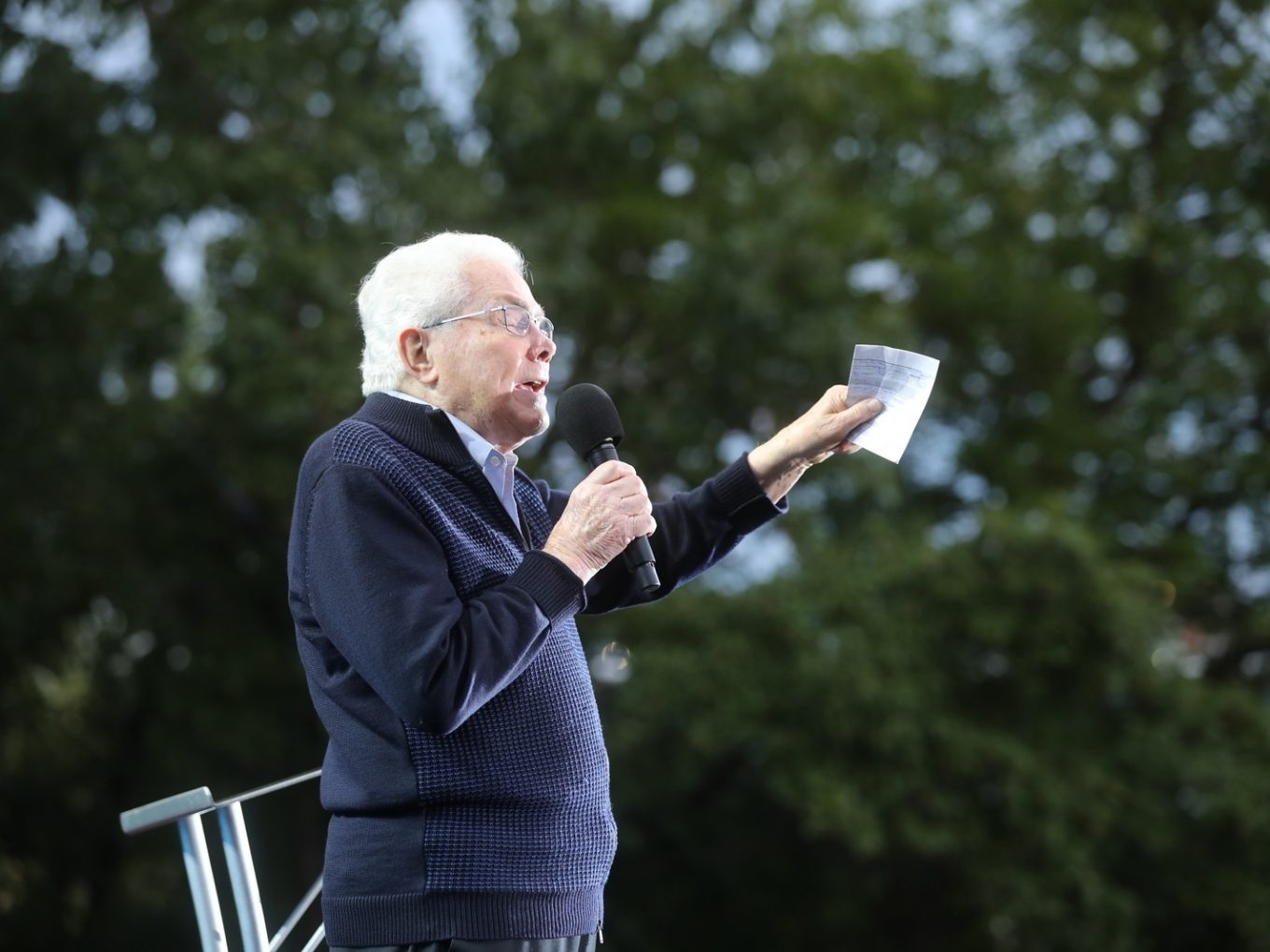 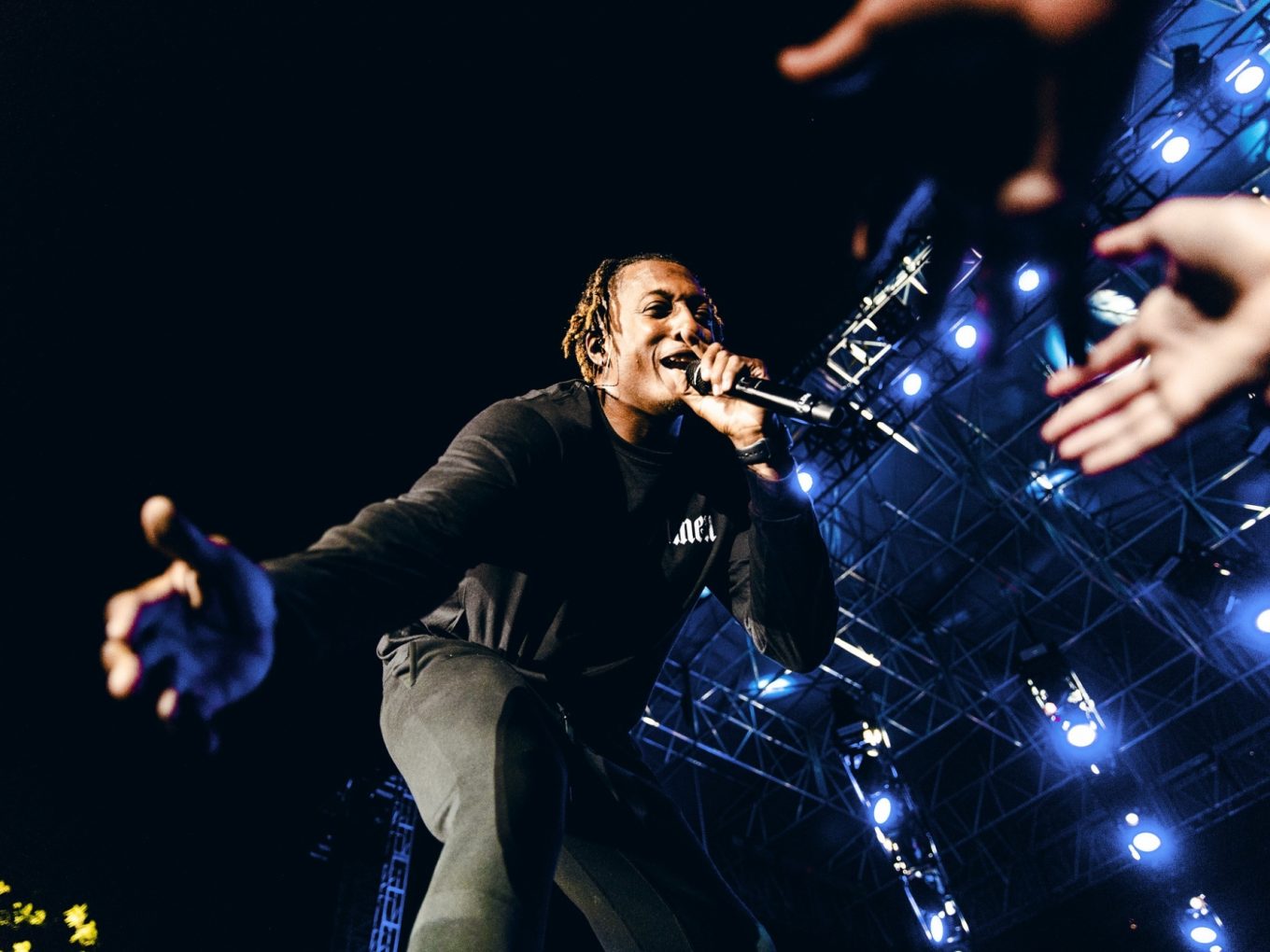 The event, spearheaded by the Luis Palau Association, drew an estimated 35,000 people to Ah-Nab-Awen Park over the course of two days for music, sports, children’s activities and powerful messages of faith. Well-known Christian entertainers included Lacrae, TobyMac, Danny Gokey and Mandisa. While he didn’t perform, Justin Bieber was a guest at the event.

Rich was included in the opening prayers and Luis said in an interview before the event that he had been looking forward to sharing the stage with him.

“This festival is sort of a picture of Rich’s life, in a way. It’s his last gift to West Michigan—that’s the way he saw it,” Luis said. “I would have given anything to haul him up onto the platform. We probably would have had to pick him up in his wheelchair and bring him up there and have him greet the crowd. That was sort of my dream.”

Setting an example by serving

Andrew said Rich’s efforts to spread God’s word through CityFest were following the words of Jesus in the Bible. “He said, ‘I did not come to be served, but rather to serve,’ and that’s the example that the churches set, and that’s what Mr. DeVos and the family have set.”

Doug said in an interview that faith guided every decision his father made.

“He knew he was loved by God. He knew that while he wasn’t perfect—he would often introduce himself as a sinner—he was saved by grace,” Doug said. “And so that assurance was the foundation in his life, which allowed him to move forward and to reach out and to share love, express himself, because he had that assurance that he was loved unconditionally, that he was saved. 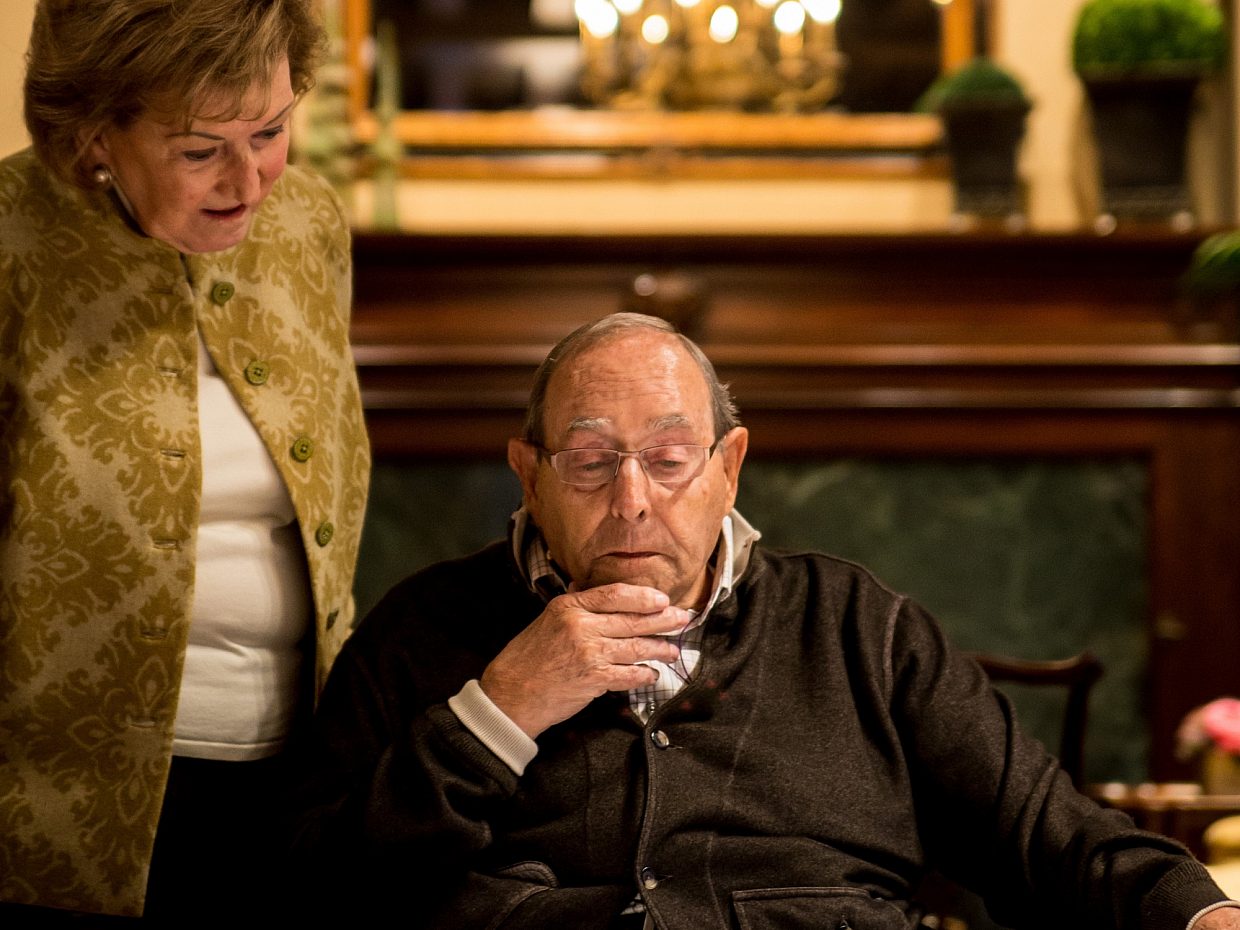 For Rich, faith guided everything he did

Rich was raised in a family where faith was a priority; it would remain the center of his being throughout his life. 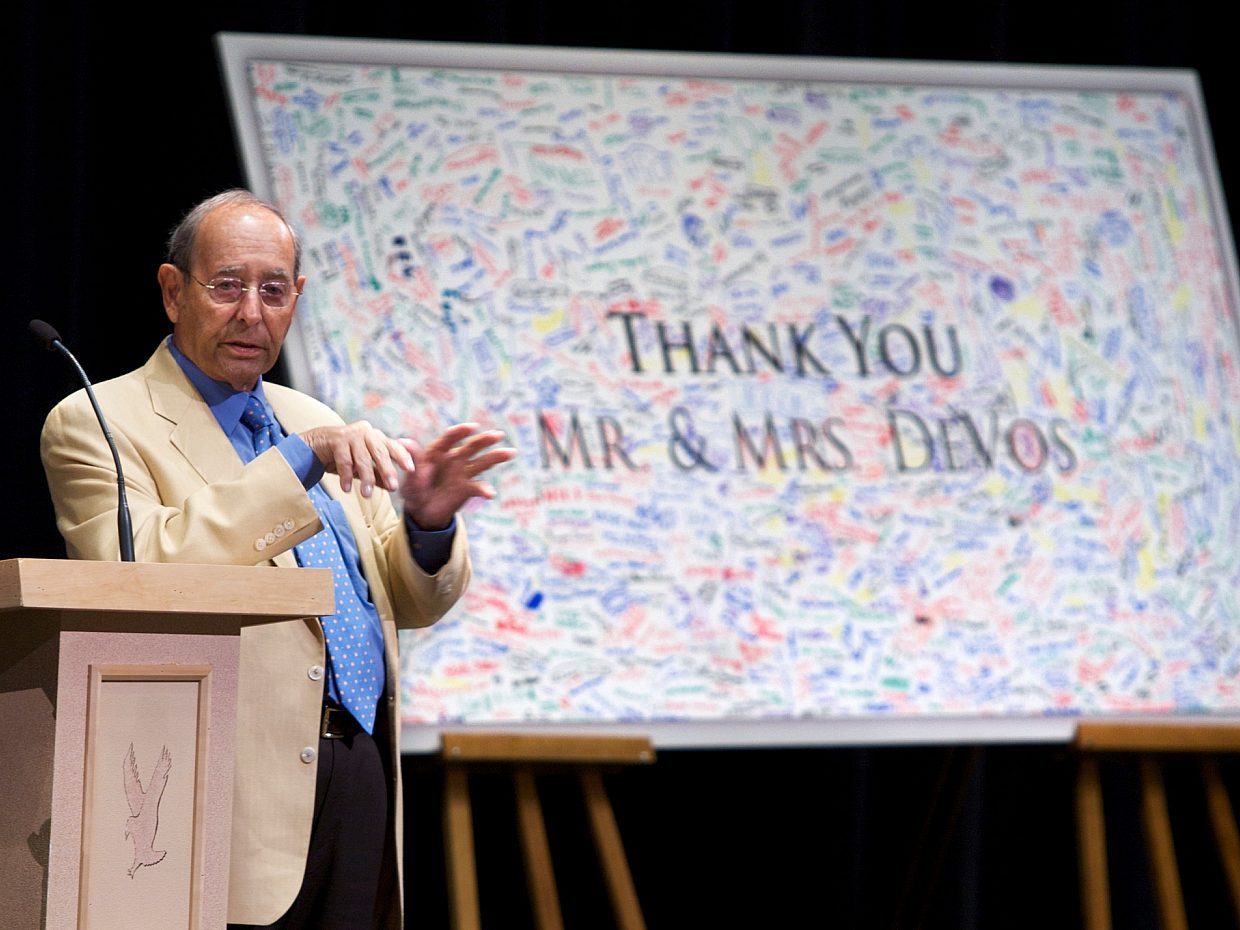 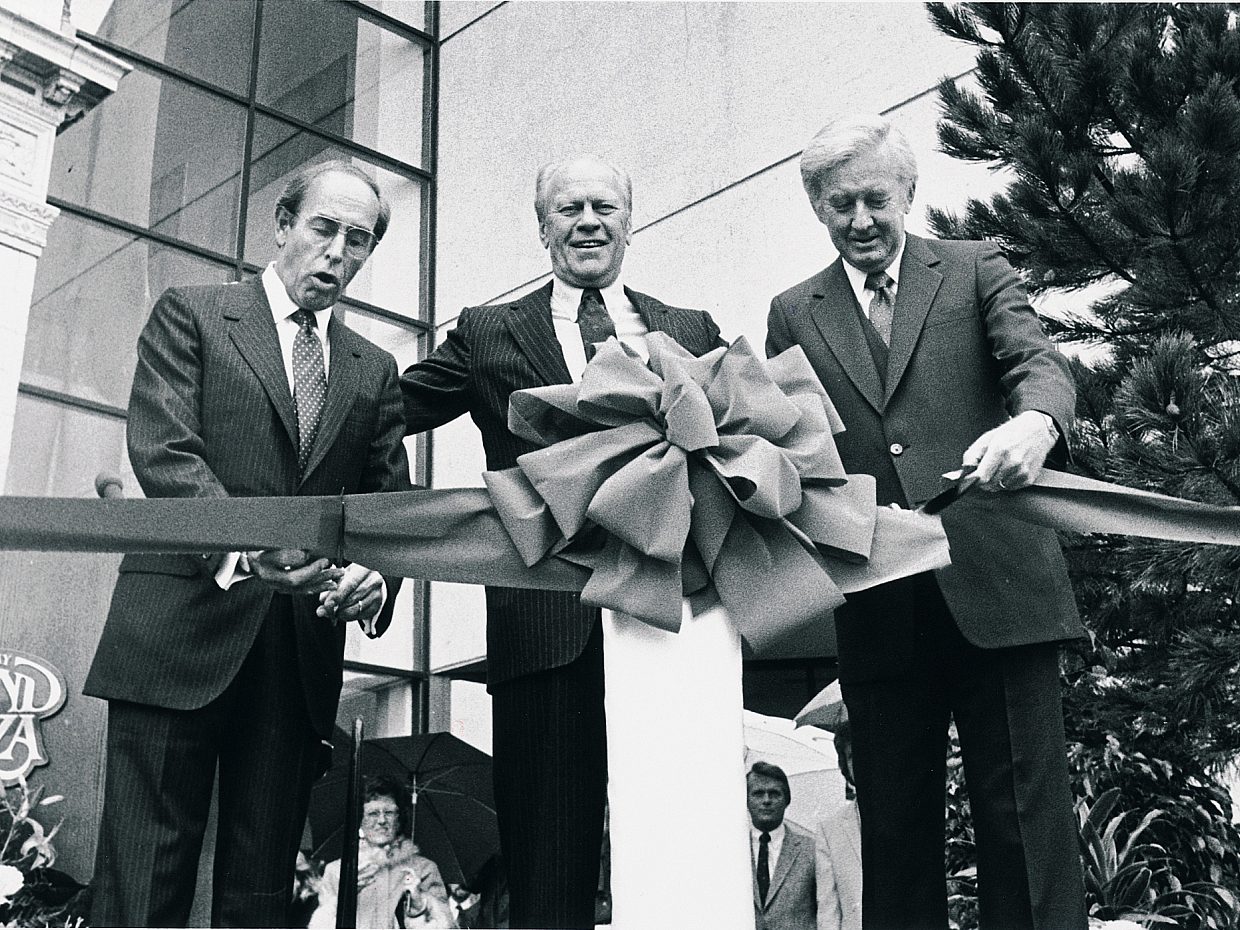