Thank you! Your tribute has been submitted.
After review, your tribute will be reviewed by our staff and posted to the tribute wall as soon as possible.
Post a TributeRequired* 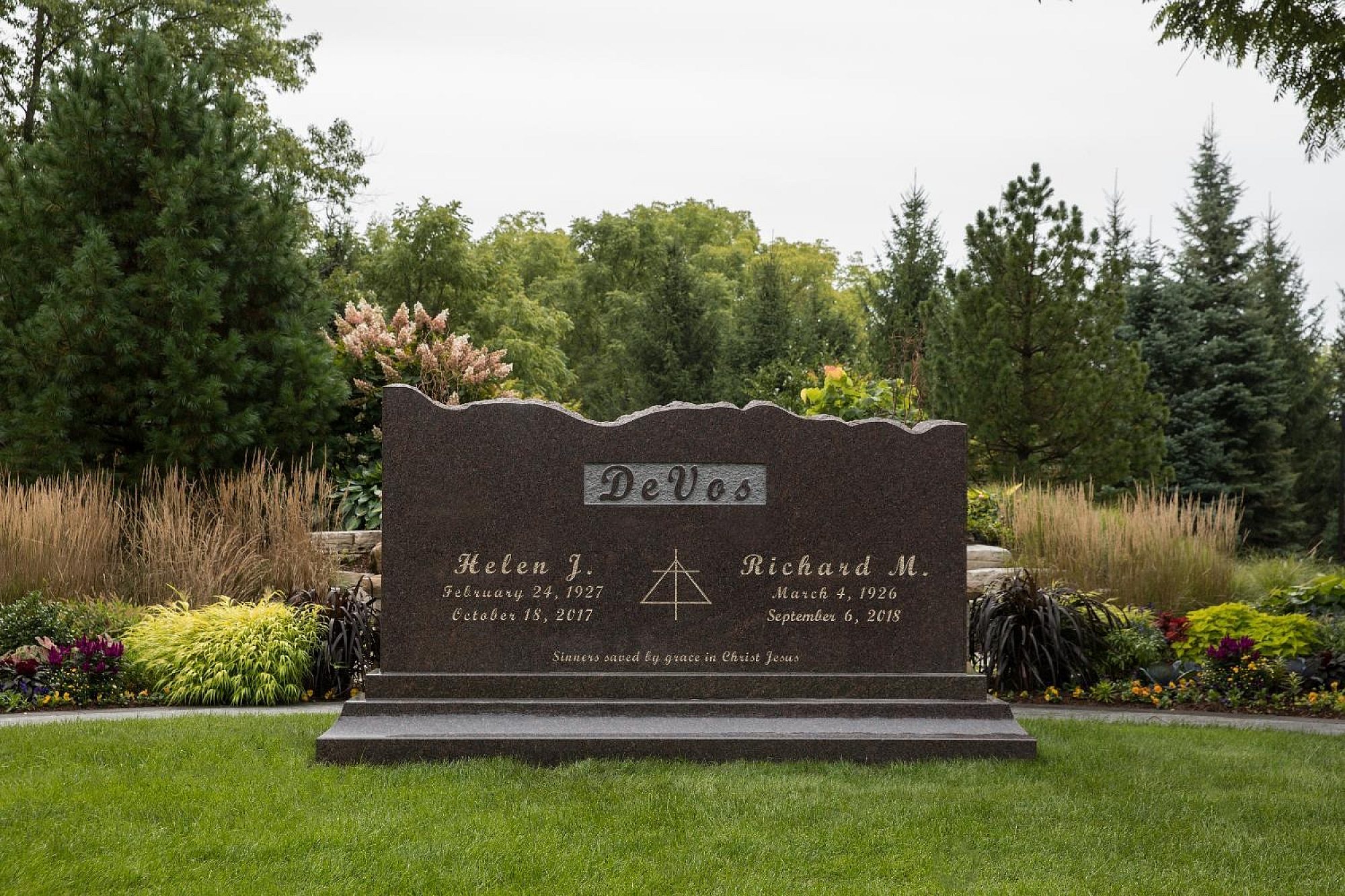 Rich and Helen were laid to rest at the family’s Memorial Gardens in Ada, Michigan.

A week of goodbyes

When Rich passed away at age 92 on Sept. 6, 2018, with his family by his side, it sparked a week of memorials, visitations, tributes and final farewells from friends, family and the communities he touched.

The first ceremony was on Monday, Sept. 10, when hundreds of Amway employees and some Amway Independent Business Owners gathered at the company’s World Headquarters in Ada to pay their respects at a special invite-only ceremony.

An aerial salute kicked off the event, including a Word War II-era bomber and a plane from the Amway corporate fleet as Rich’s casket was brought into the building. Amway Chairman Steve Van Andel and other Amway executives shared memories with the crowd and employees paid their respects throughout the day.

The Grand Rapids community came out in force on Wednesday, Sept. 12, during two visitations with family at the Amway Grand Plaza hotel. More than 1,400 stood in line to express their condolences, share memories or say thank you.

Former Vice President Mike Pence was one of them, meeting privately with the family to pay his respects.

A celebration of life

The final celebration of Rich’s life was held Sept. 13 in a private funeral at LaGrave Avenue Christian Reformed Church, which was simulcast for others at DeVos Performance Hall and at Amway World Headquarters.

The celebration was centered on what his family saw as the pillars of Rich’s life: philanthropy, family, faith and freedom. It was attended by hundreds of people, including longtime friends and notable dignitaries.

Former President George Bush spoke at the service, describing Rich as the gold standard of good citizenship. “His life is a testament to the promise of America and the blessings of freedom.”

Rich was laid to rest in a private ceremony on Sept. 11, next to his wife, Helen, at the family’s Memorial Gardens in Ada. That ceremony was attended by his children, Dick and Betsy, Dan and Pamella, Cheri, and Doug and Maria; grandchildren, great-grandchildren, and sisters and brother-in-law Jan and Bob Courts and Bernice Heys. Officiants were the Rev. Stan Mast and the Rev. Peter Jonker of LaGrave Avenue Christian Reformed Church.

In memory of Richard M. DeVos

News of his death inspired people from around the world to send personal, professional and inspirational tributes.Read or post a tribute