Rich was, at heart, a lifelong motivator 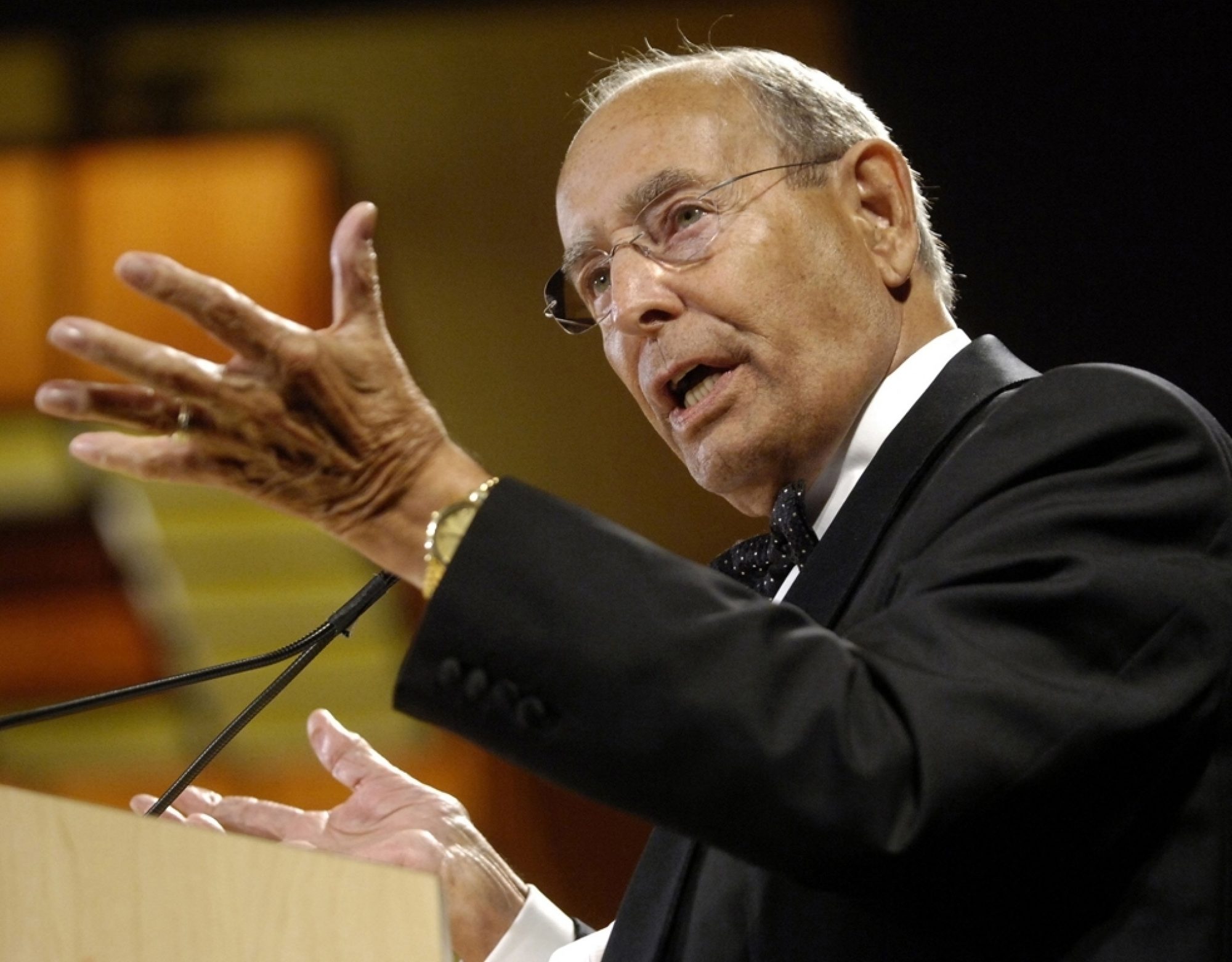 Rich captured during one of the many times he took the podium at an event. Not only did he create positive change by giving generously to causes he and Helen believed in, he was also a catalyst for change by inspiring others.

A few key phrases at the right time in Rich’s life served to guide him and inspire him, including his father’s oft repeated “You can do it!” and a yearbook message from a teacher who noted his leadership potential.

Rich often spoke about the power of that single line from his teacher in helping him realizing his own potential, and how he could help others realize theirs. As a result, Rich spent his life and career being a motivator for people all over the world.

Here are some of his most famous speeches.

One of his most popular talks, “The Three A’s,” advised people to create a positive atmosphere that encourages and supports others to achieve their goals.

Rich adopted the phrase “life enricher” to describe an attitude of gratitude, an interest in helping others and a focus on people rather than material success.