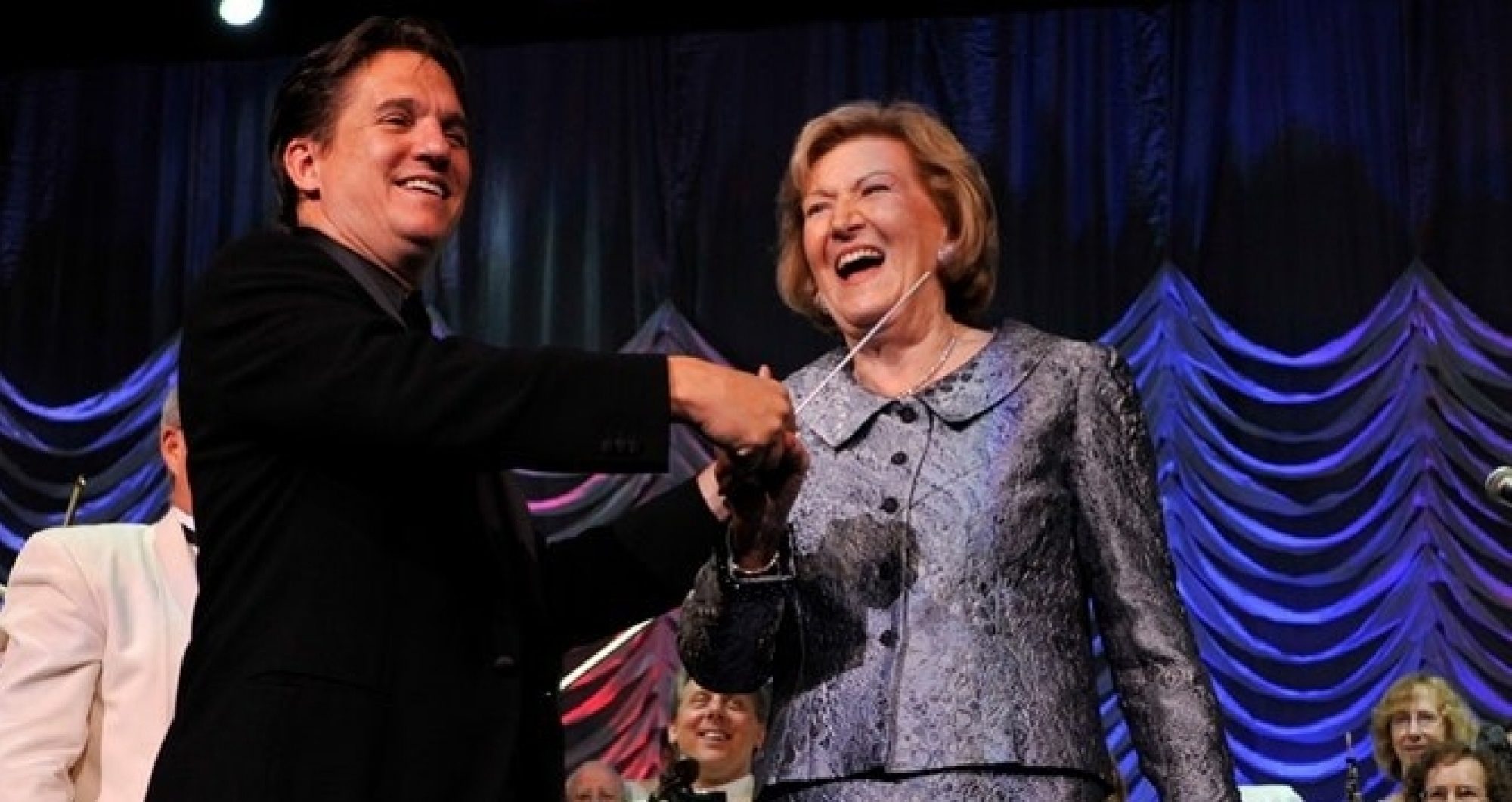 Helen wore a gray Peggy Jennings skirt set when she conducted the Boston Pops at the opening gala at the Amway Center in Orlando in 2010. The gown was included in a charity estate auction.

Amway Co-founder Rich DeVos and his wife, Helen, donated their time, talents and resources to causes they believed in their entire life together, beginning with the practice of tithing when they were first married.

By the time Helen passed away in 2017 and Rich in 2018, the couple and their family had gifted more than $1 billion to churches, schools, hospitals and arts and community service organizations all over the world. 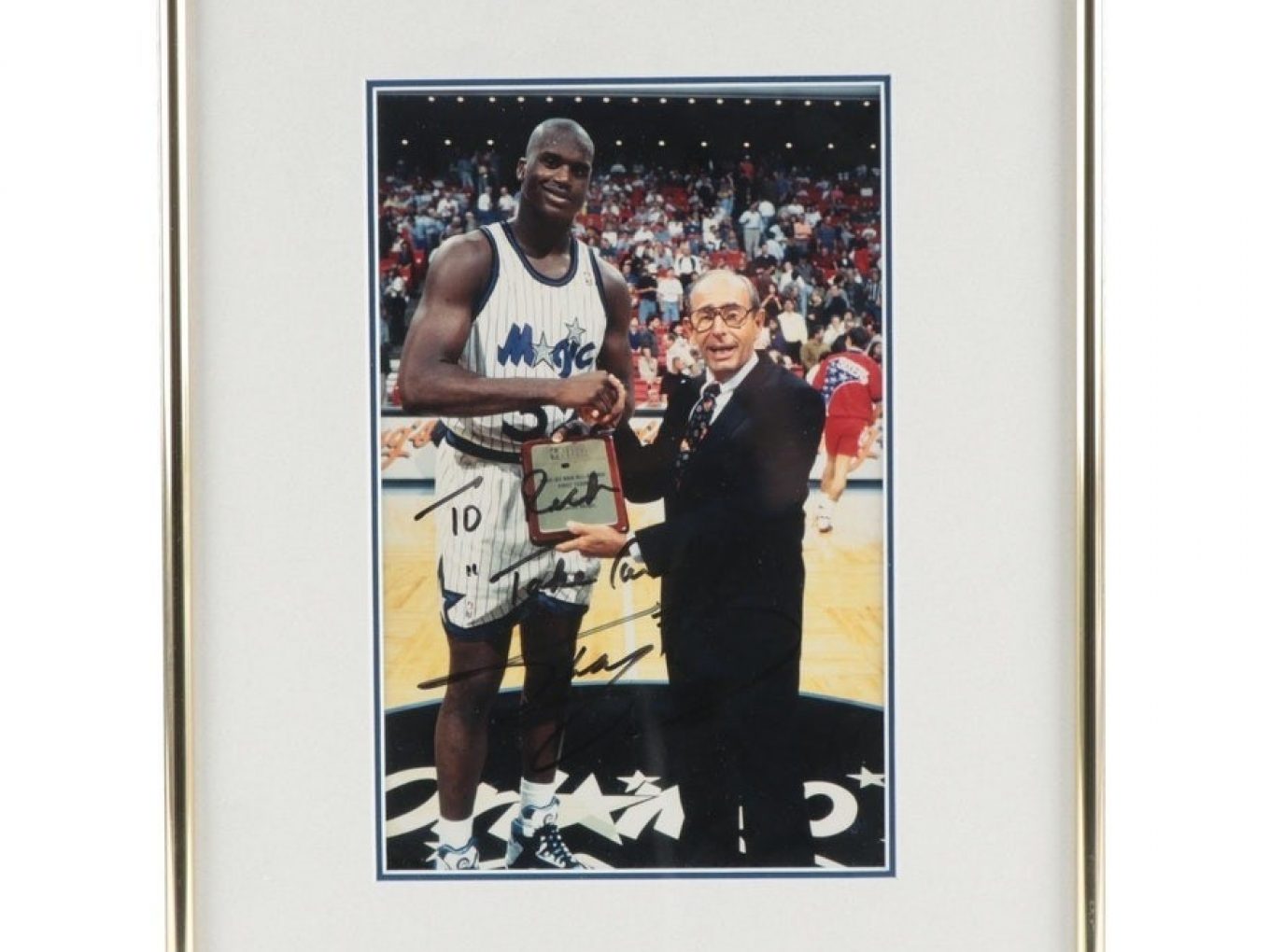 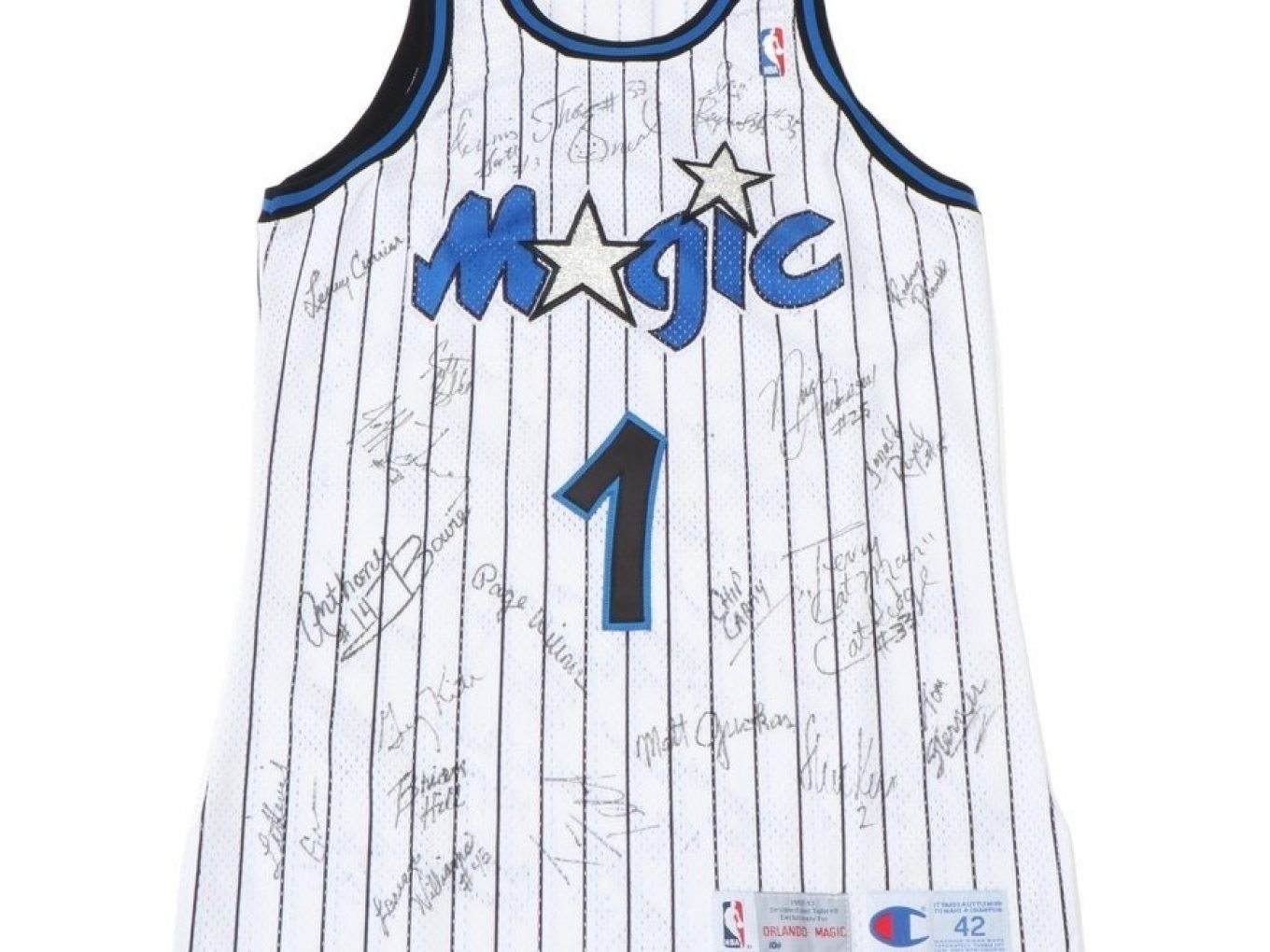 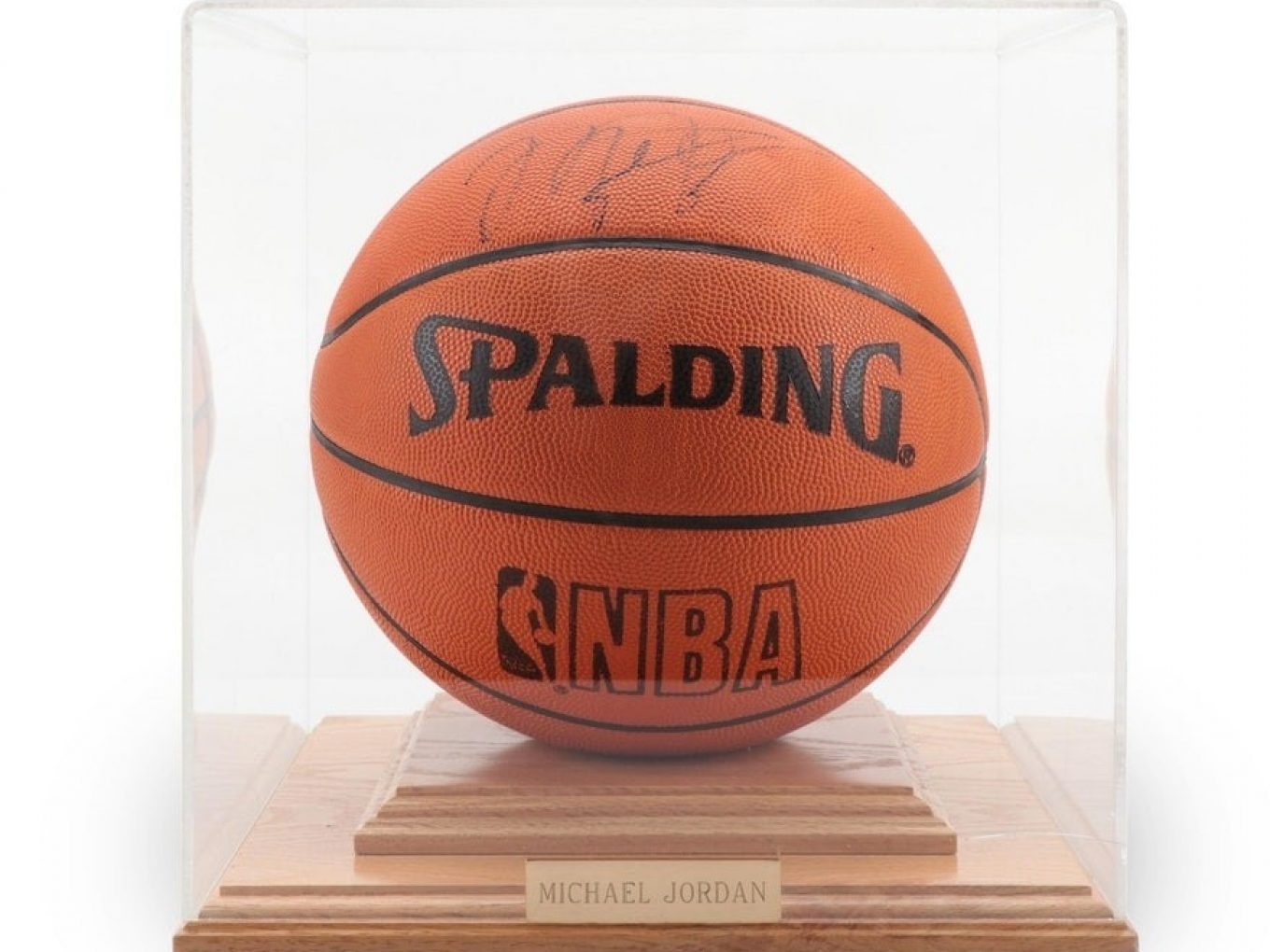 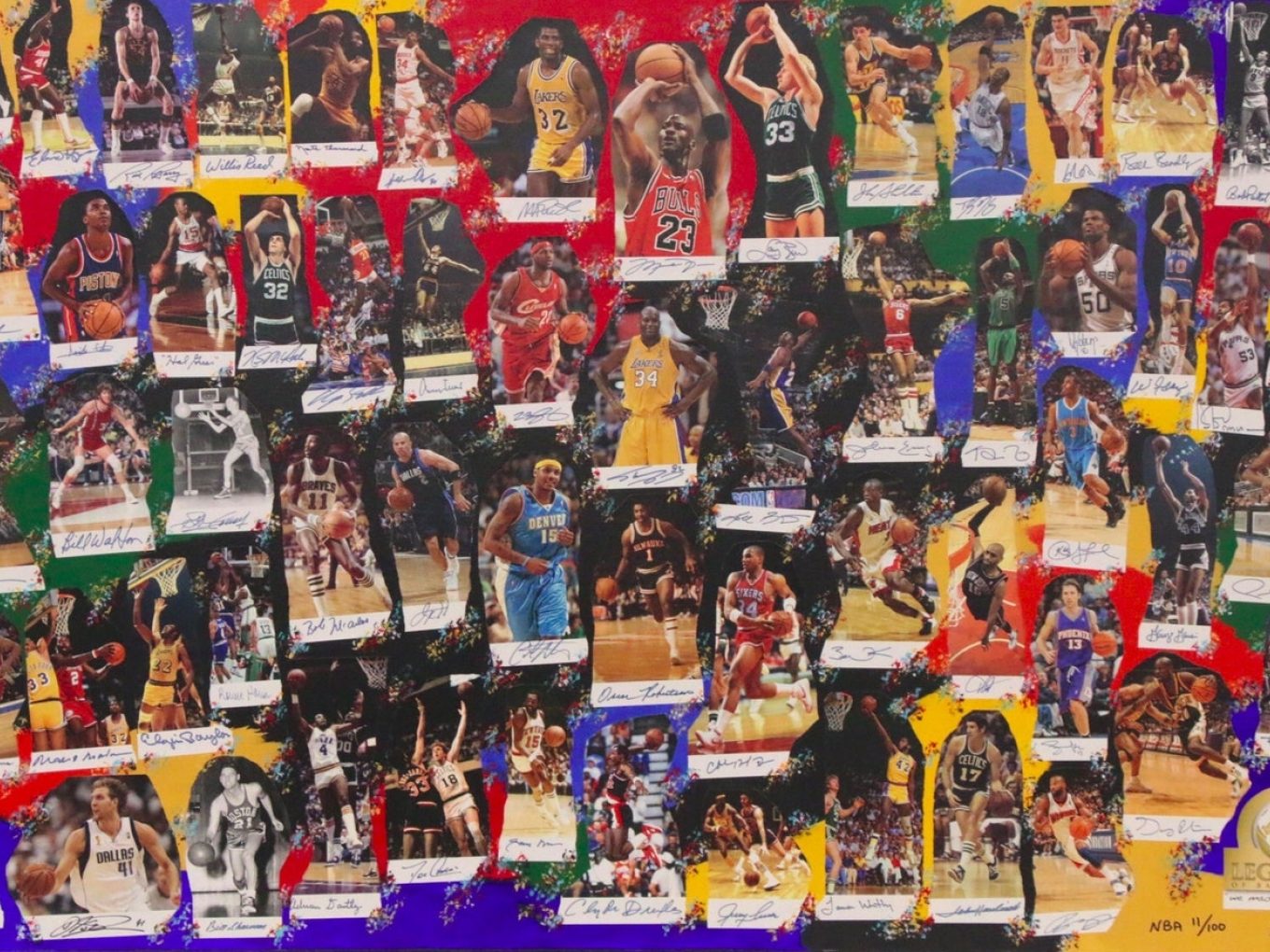 It’s no surprise, then, that their generosity continued even after they passed away. The DeVos family raised more than $614,000 through an online charity estate auction featuring some treasured belongings from Rich and Helen’s own collection of art, jewelry, sports memorabilia and personal items.

The proceeds from the auction were directed to three organizations that the DeVoses supported: the Helen DeVos Children’s Hospital and the Richard DeVos Heart & Lung Transplant Program at Spectrum Health in Grand Rapids, Michigan; and the Orlando Magic Youth Foundation in Orlando, Florida. 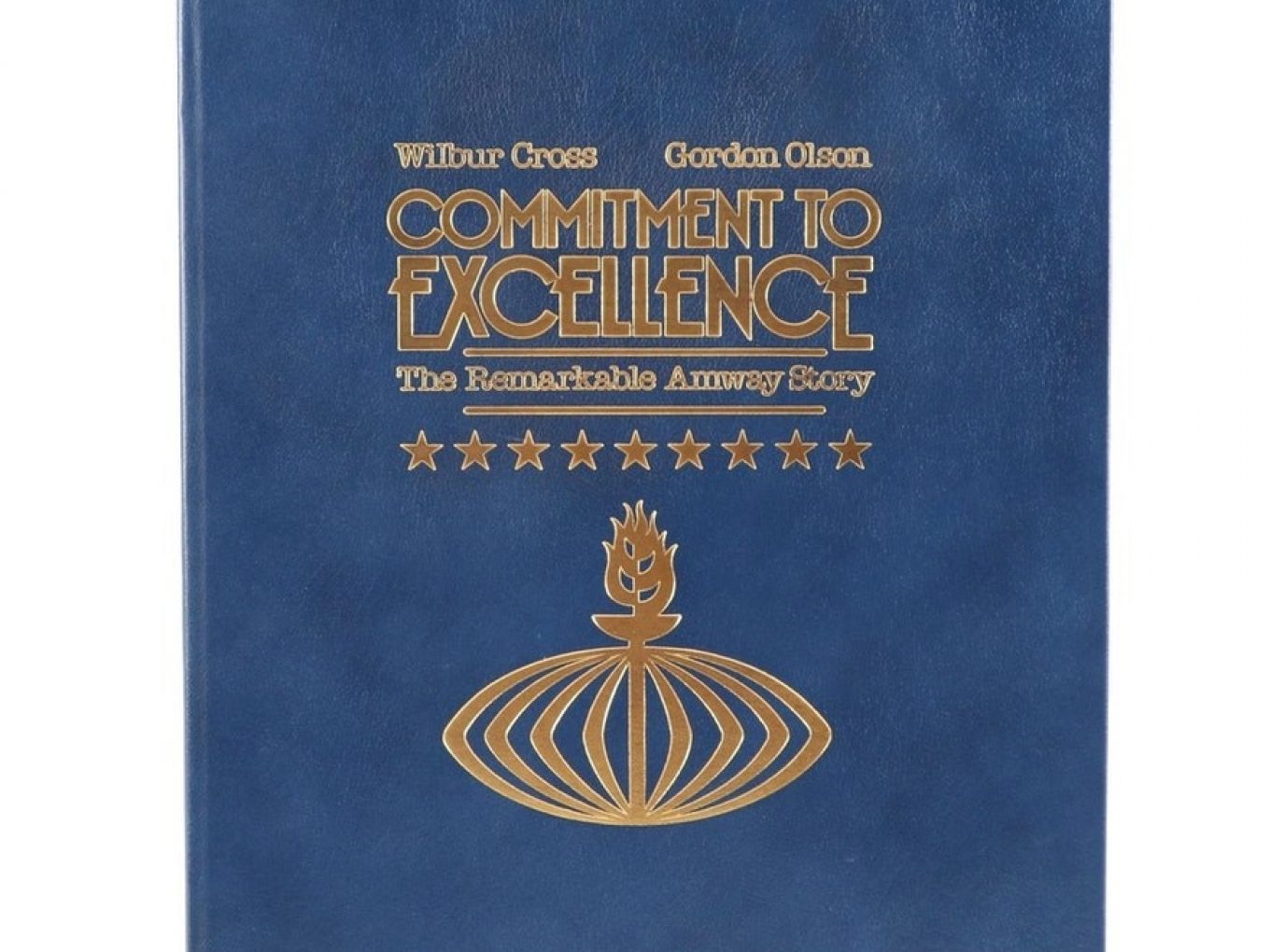 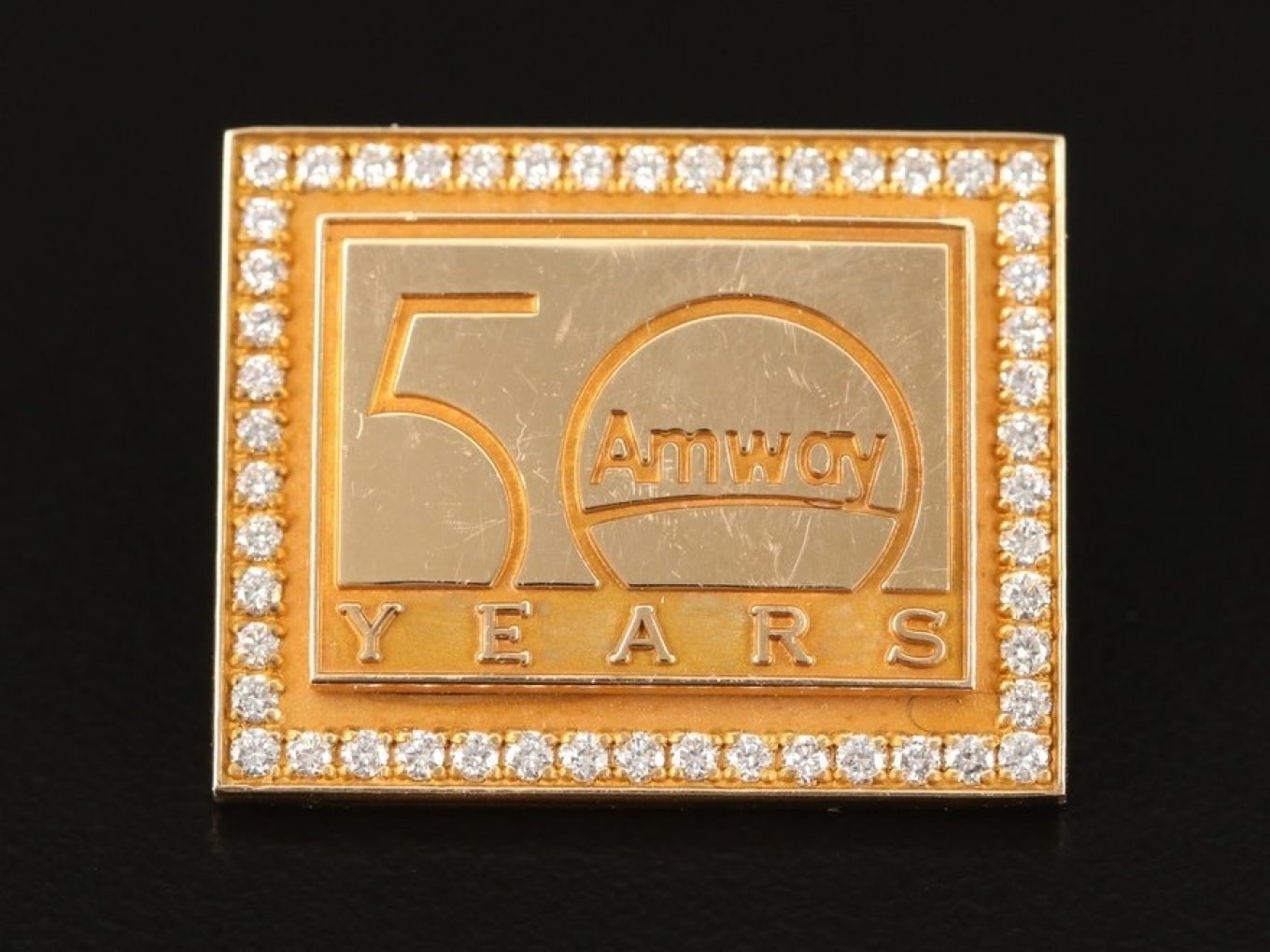 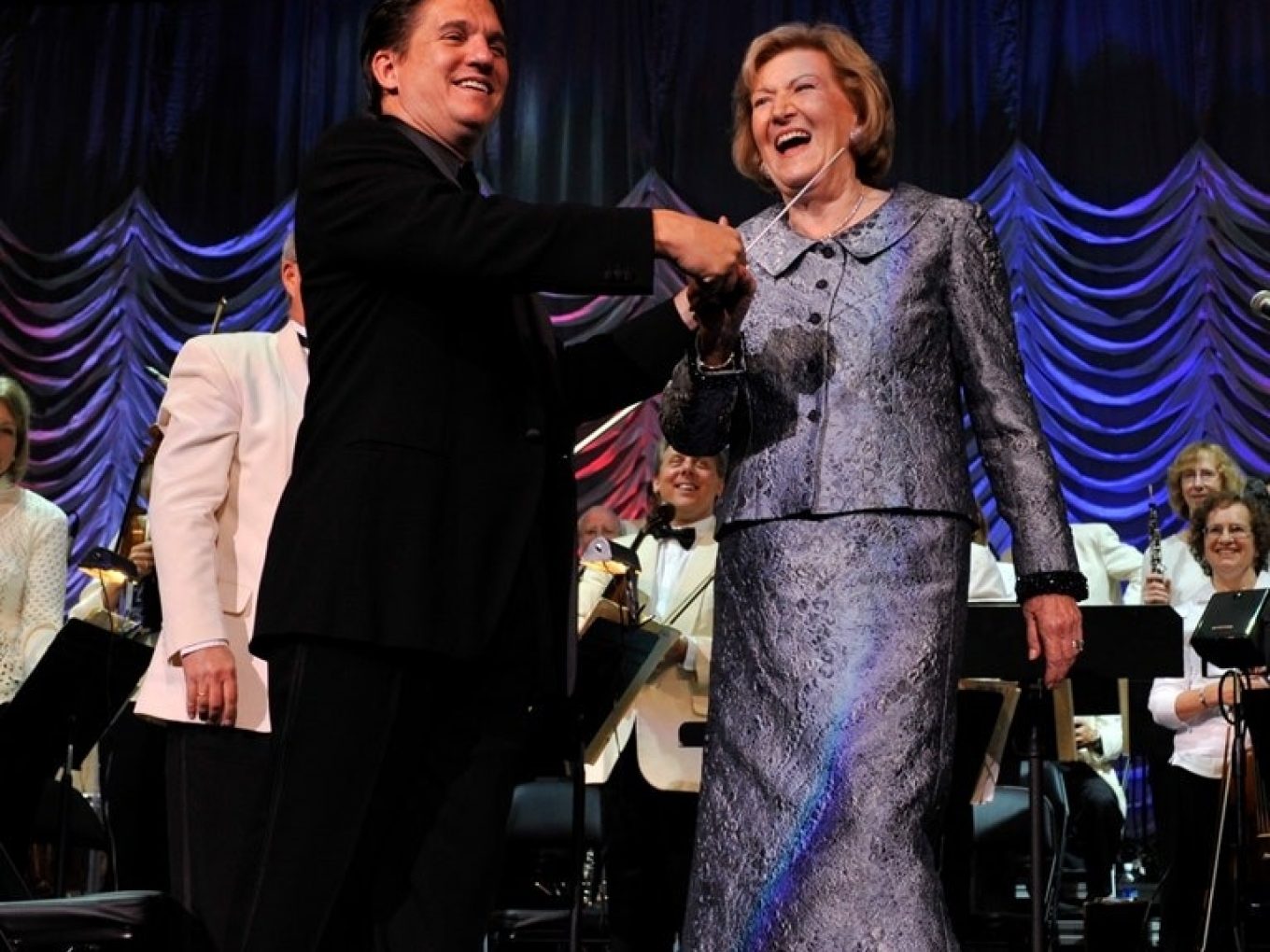 3/3
The gray Peggy Jennings full-length evening skirt set worn by Helen when she conducted the Boston Pops at the opening gala at the Amway Center in Orlando in 2010.

The initial phase of the auction, which ran from Dec. 4-13 at ebth.com, featured more than 400 items of various values. It included a collection of Amway cleaning products to honor the Amway legacy; designer gowns worn by Helen, fine jewelry and cufflinks and Rich’s 14K diamond pin marking Amway’s fifty year anniversary.

It also featured a basketball signed by Michael Jordan, a framed and signed photograph of Rich with former Magic player Shaquille O’Neal, and original art by Paul Collins, John Clymer and Jean Rockett.

Each item had a story

Each of the items held a special place in Rich’s or Helen’s lives, even if a small one. The pair of Asahi Pentax binoculars, for example, were kept by Rich in his office at their Holland, Michigan, home so he could always look out over the waters of Lake Michigan.

The small, square, walnut table and two white upholstered chairs were used by Rich and Helen regularly when they sat down together in their Ada, Michigan, home for their daily devotions.

The gray Peggy Jennings full-length evening skirt set was worn by Helen when she conducted the Boston Pops at the opening gala at the Amway Center in Orlando in 2010.

And a pair of Lucchese cowboy boots from the Eric Church collection were worn by Rich to a western-themed party in honor of his last birthday; he was 92. 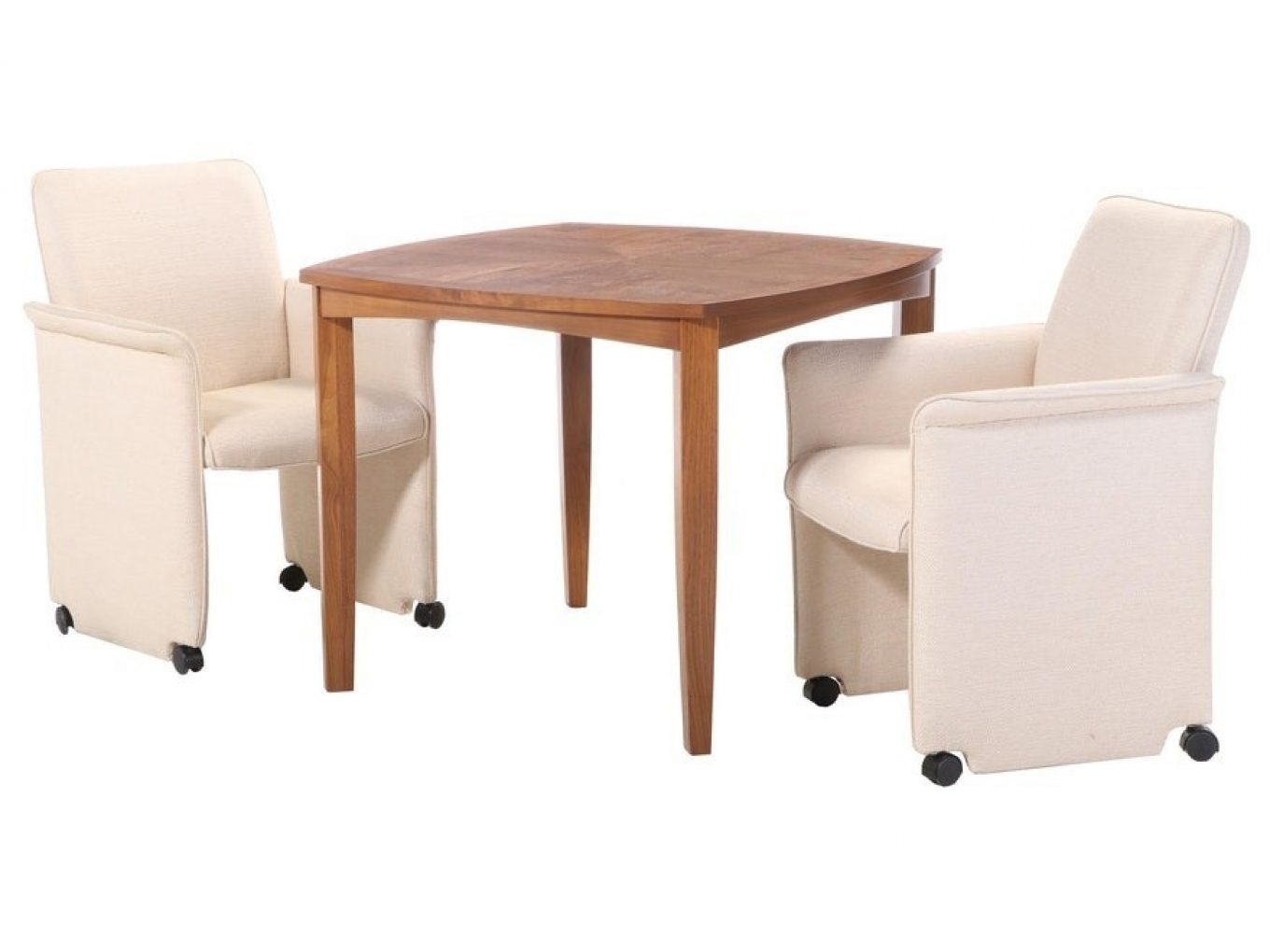 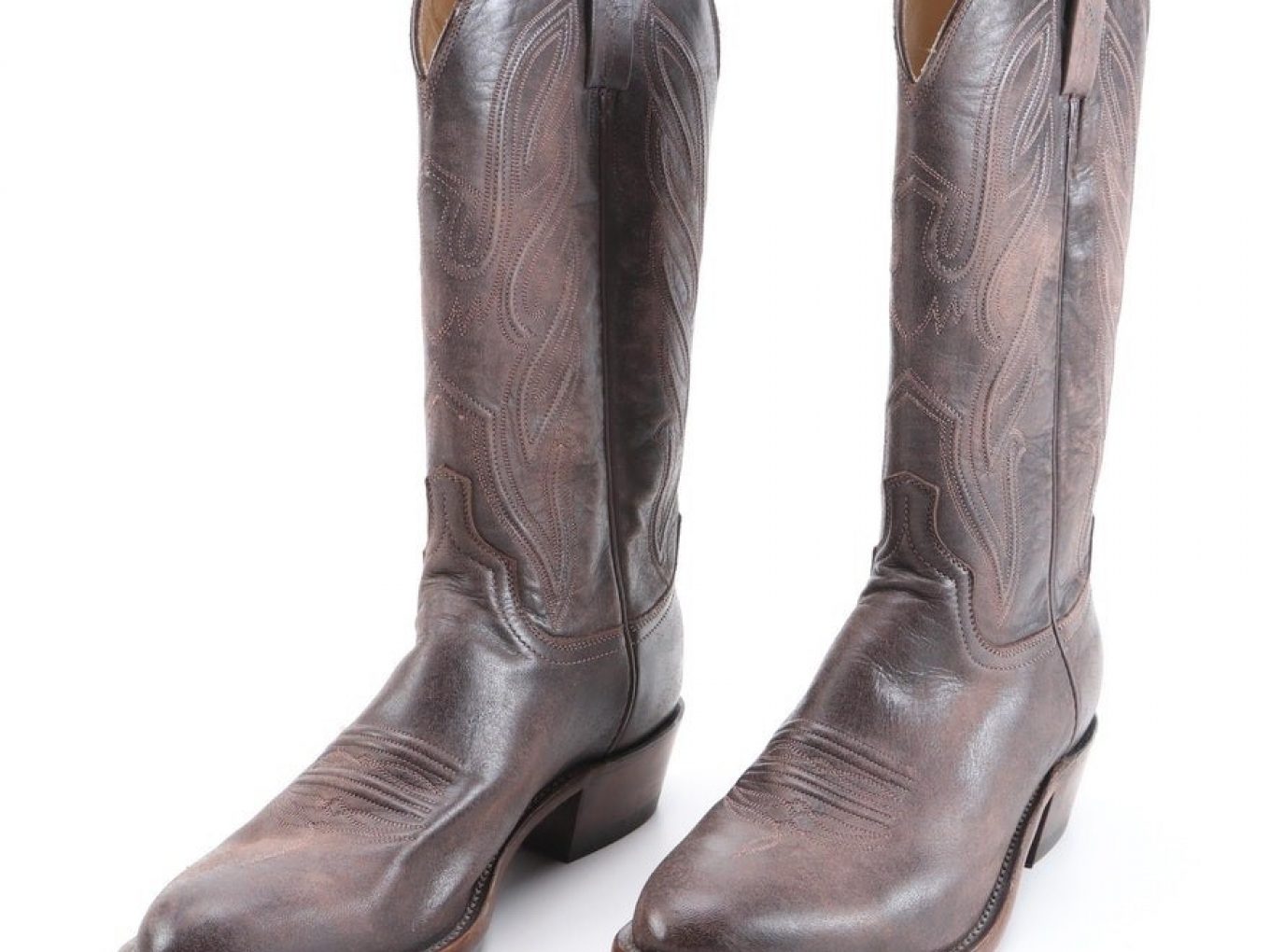 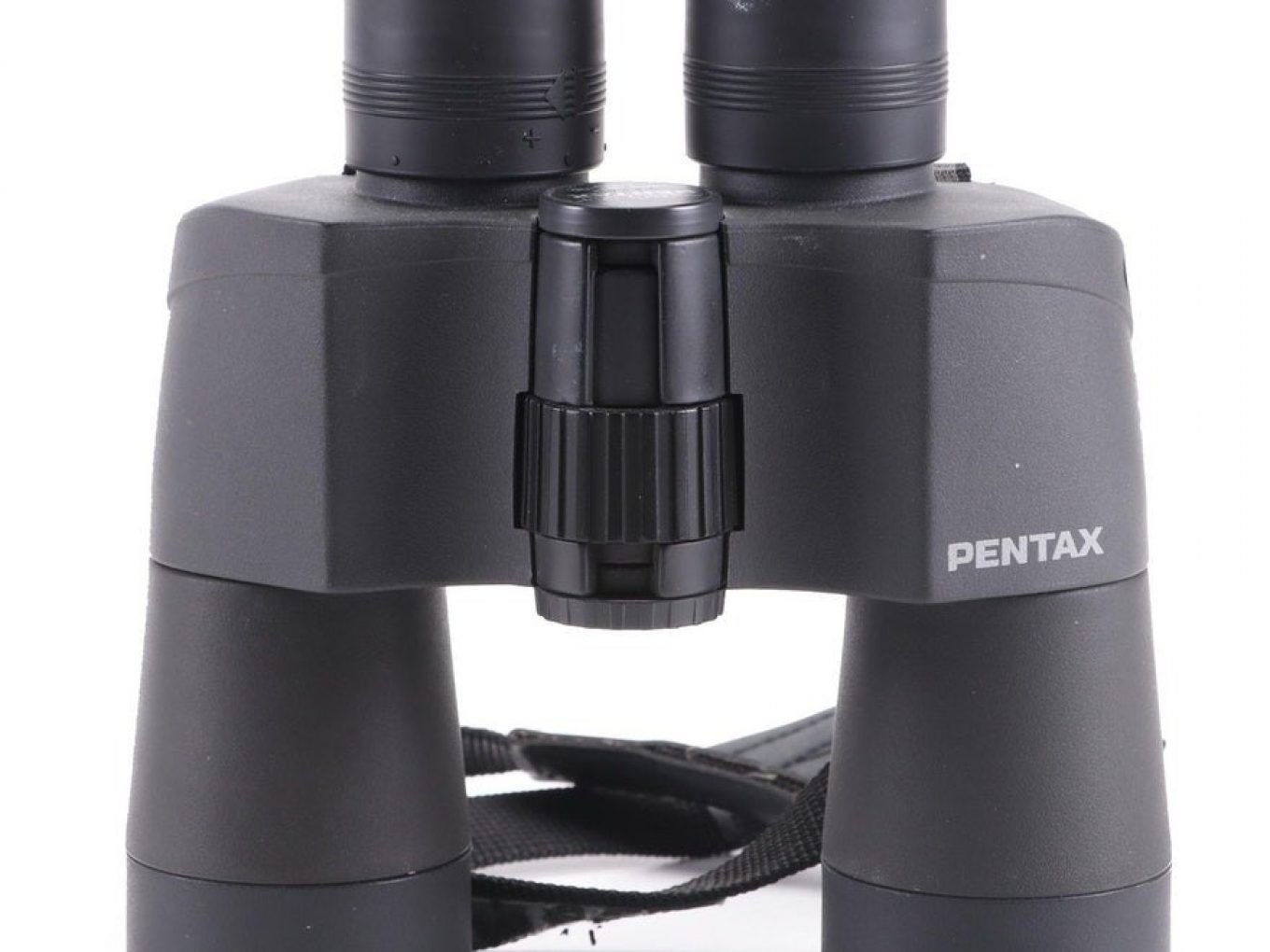 The organizations that will benefit from the auction also held a special place in Rich’s and Helen’s lives. At the children’s hospital, the proceeds will benefit the Child Life Program, where Helen was personally involved. In addition to financial support, she spent time with the patients of the hospital, including bringing her grandchildren every Christmas for holiday parties, giving gifts, reading books and playing games.

Thanks to a major gift from Rich and Helen’s foundation, the Richard DeVos Heart & Lung Transplant Program was created at Spectrum Health in 2010, 13 years after Rich received his own life-saving heart transplant. Auction proceeds will be used to fund the Rich and Helen DeVos Endowment for Transplant Patients’ and Families’ Celebrations, which provides parties and pick-me-ups for transplant patients facing months of hospitalization while waiting for or recovering from surgery.

And in Orlando, where the DeVos family has owned the Orlando Magic since 1991, proceeds will benefit the at-risk children in the Central Florida community through the Orlando Magic Youth Foundation. The foundation’s efforts focus on education, the arts, health and wellness and homelessness. And because the DeVos family covers all administrative costs, all donations go directly to programming.

Driven by faith and compassion

The Richard and Helen DeVos Foundation has granted more than $1 billion to churches, schools, hospitals and arts organizations. But their belief in giving extended to individuals in need.Read about their generosity