Adventures in entrepreneurship: A story of lifelong friendship 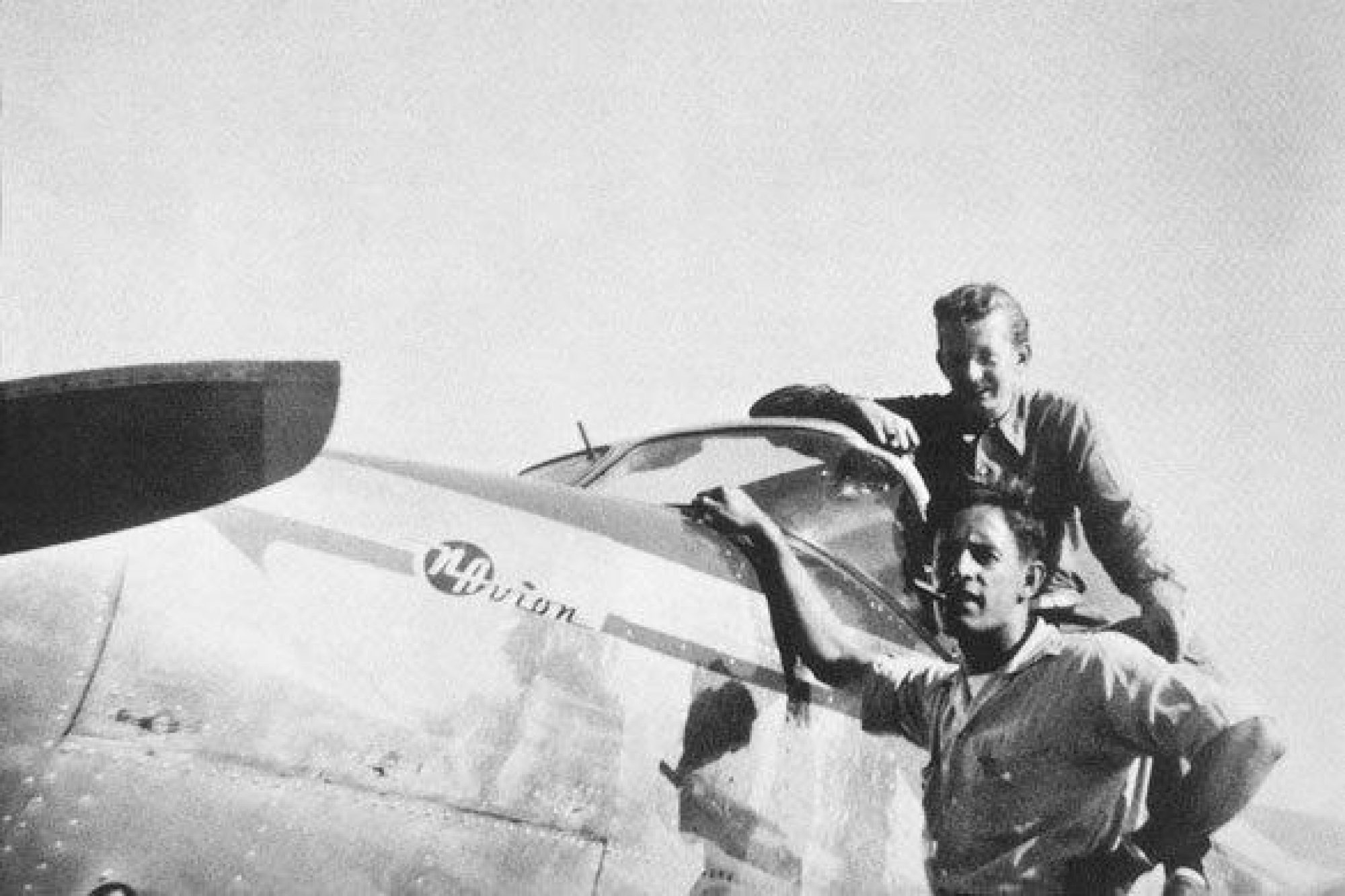 Rich and Jay with a Navion plane from their civilian flying school, Wolverine Air Service. The school was just one of the businesses the two enterprising young men opened.

Many miles of Pacific Ocean separated Rich from his friend Jay when both were serving in the Army Air Corps in World War II. But even war could not interrupt their friendship—or their conviction that they would one day start their own business.

Victory stirred Americans with a patriotic fervor that the sky was the limit. Rich and Jay shared that enthusiasm and were confident from their Army Air Corps experience that airplanes would change the skies of post-war America.

Rich invested the entire $700 in savings from his military pay to purchase a Piper Cub airplane with Jay. Still in their early 20s, they opened Wolverine Air Service, a flight school near their hometown of Grand Rapids. Neither knew how to fly, but they hired pilots as trainers while they turned their talents to selling lessons to students using their sales pitch: “If you can drive a car, you can fly a plane.”

Cars were still the dominant and rapidly growing transportation choice. The forward-looking business partners decided their next venture would be one of the new types of eateries just arriving on the scene—a drive-in restaurant. Their ambition was not sapped by the need to sell flying lessons by day and flip burgers by night at their Riverside Drive-in. 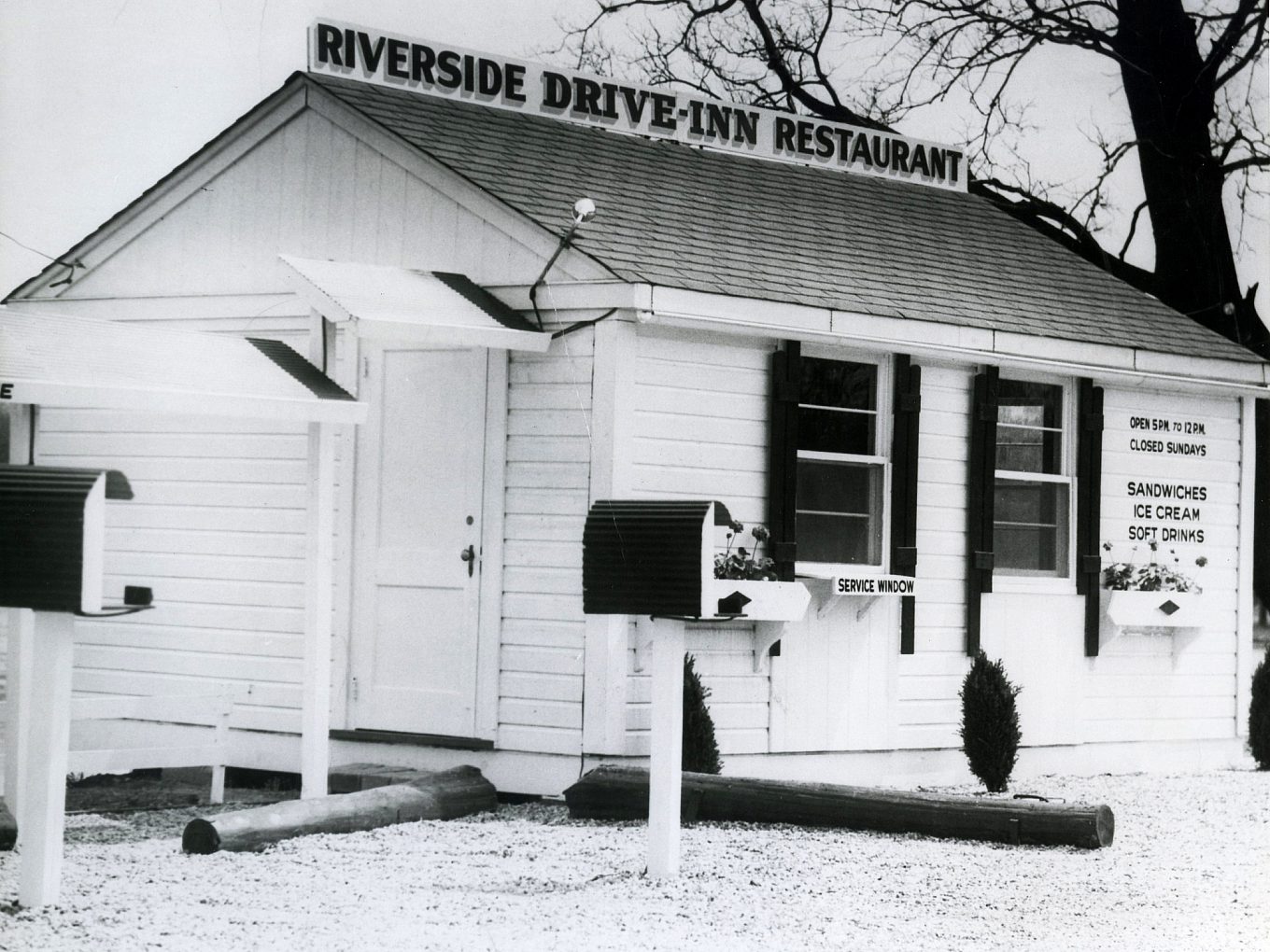 1/3
One of Rich and Jay’s early businesses was a drive-in restaurant. They ran it at the same time as their flight school—selling lessons by day and flipping burgers by night. 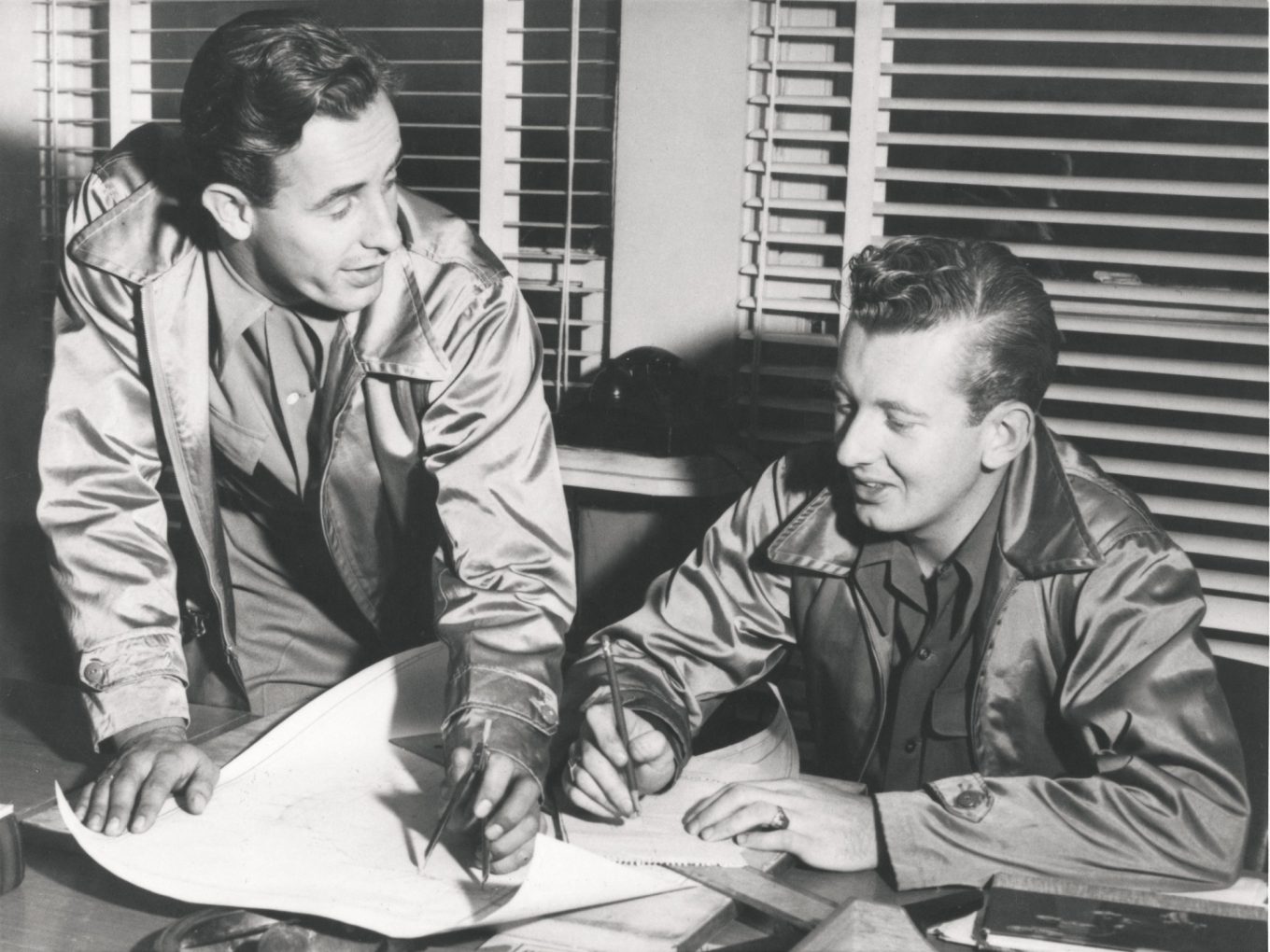 2/3
One of the first businesses Rich and Jay launched was Wolverine Air Service, a civilian flying school. 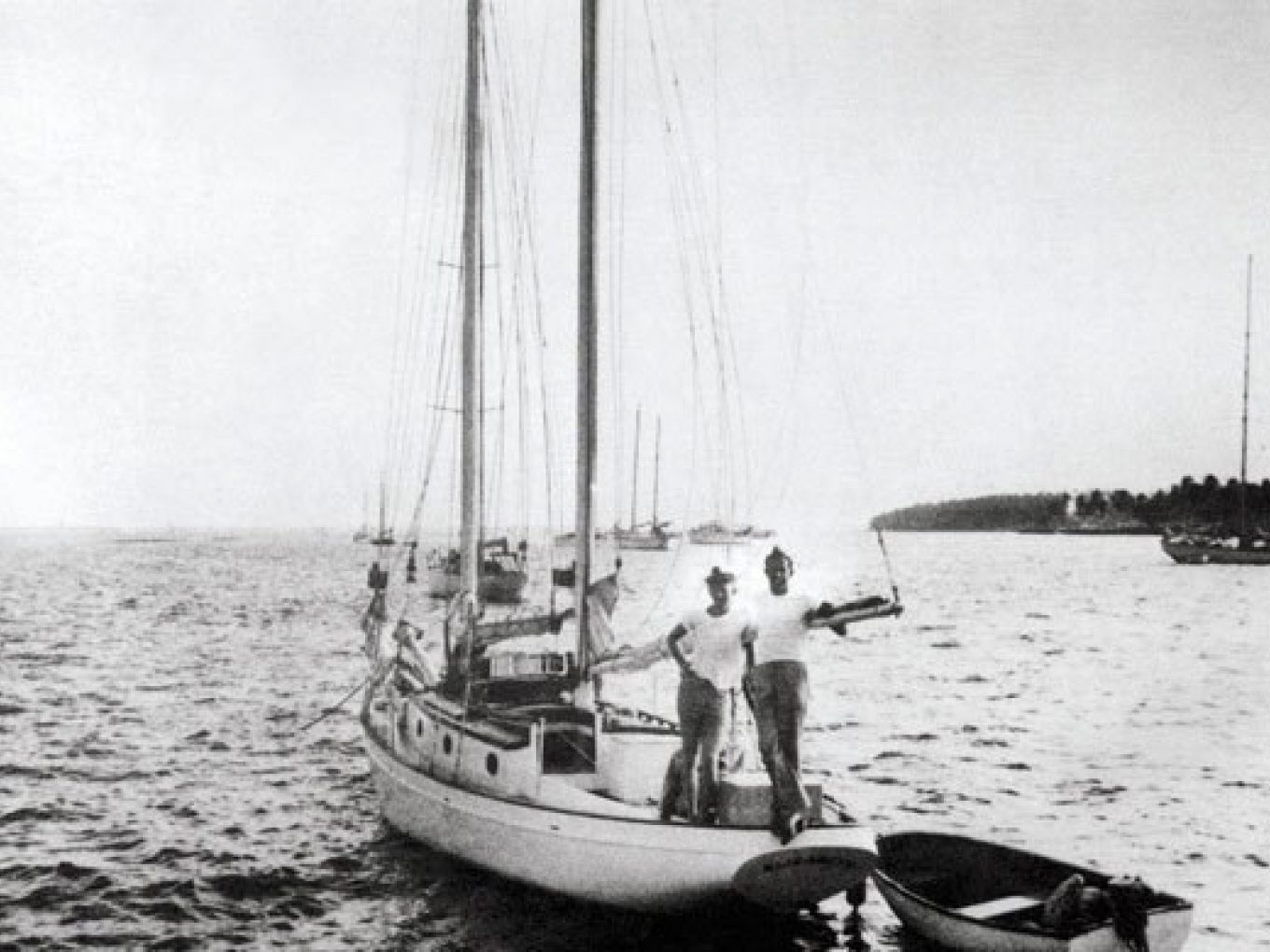 3/3
Rich and Jay en route to the Caribbean in 1949 aboard “Elizabeth,” the 38-foot schooner they purchased that was too long in dry dock. The boat sank off the coast of Cuba. Rich and Jay were lifelong friends who had the same sense of values as well as a shared sense of adventure.

They were supporting themselves as business owners, but the two adventurous entrepreneurs were getting restless. Intrigued by tales of sailing in the Caribbean, Rich and Jay felt the urge to do more than simply read about the experience. They bought a 38-foot schooner that had been too long in dry dock and set sail despite neither having sailing experience. After getting lost a couple times, they hugged the Eastern Seaboard on a southern course until their leaking boat finally sank off the coast of Cuba.

Rich often recounted this adventure in books and speeches to illustrate the “can do” attitude ingrained in his philosophy of life and business.

“Too many people never try to do anything because they’re afraid—afraid of failure, that someone might criticize them or laugh at them, they don’t have enough training or experience. To them I say, ‘Set a goal and go for it.’” 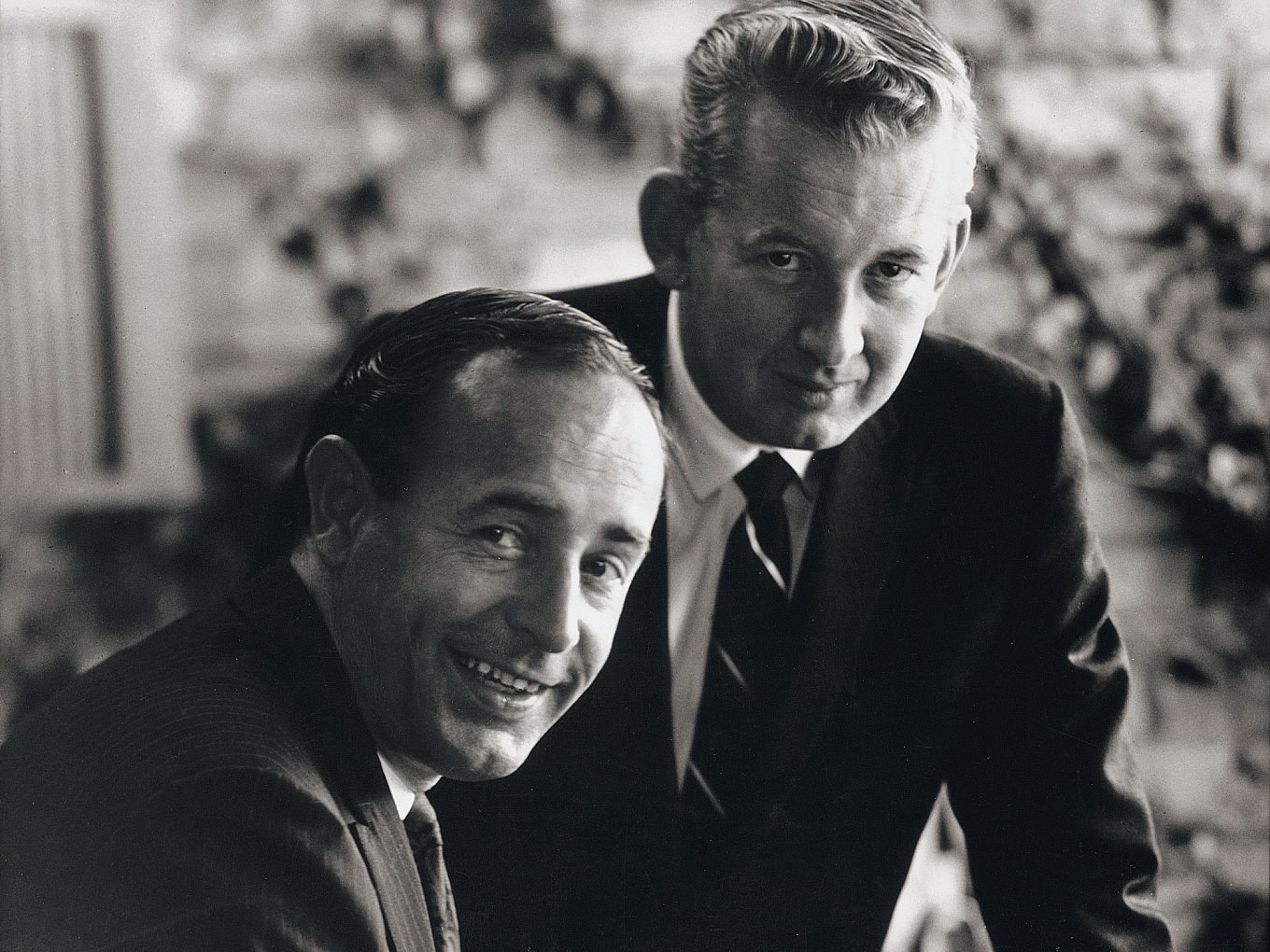 1/5
Rich and Jay brought a decade of shared business experience into their roles as president and chairman, respectively, of Amway. 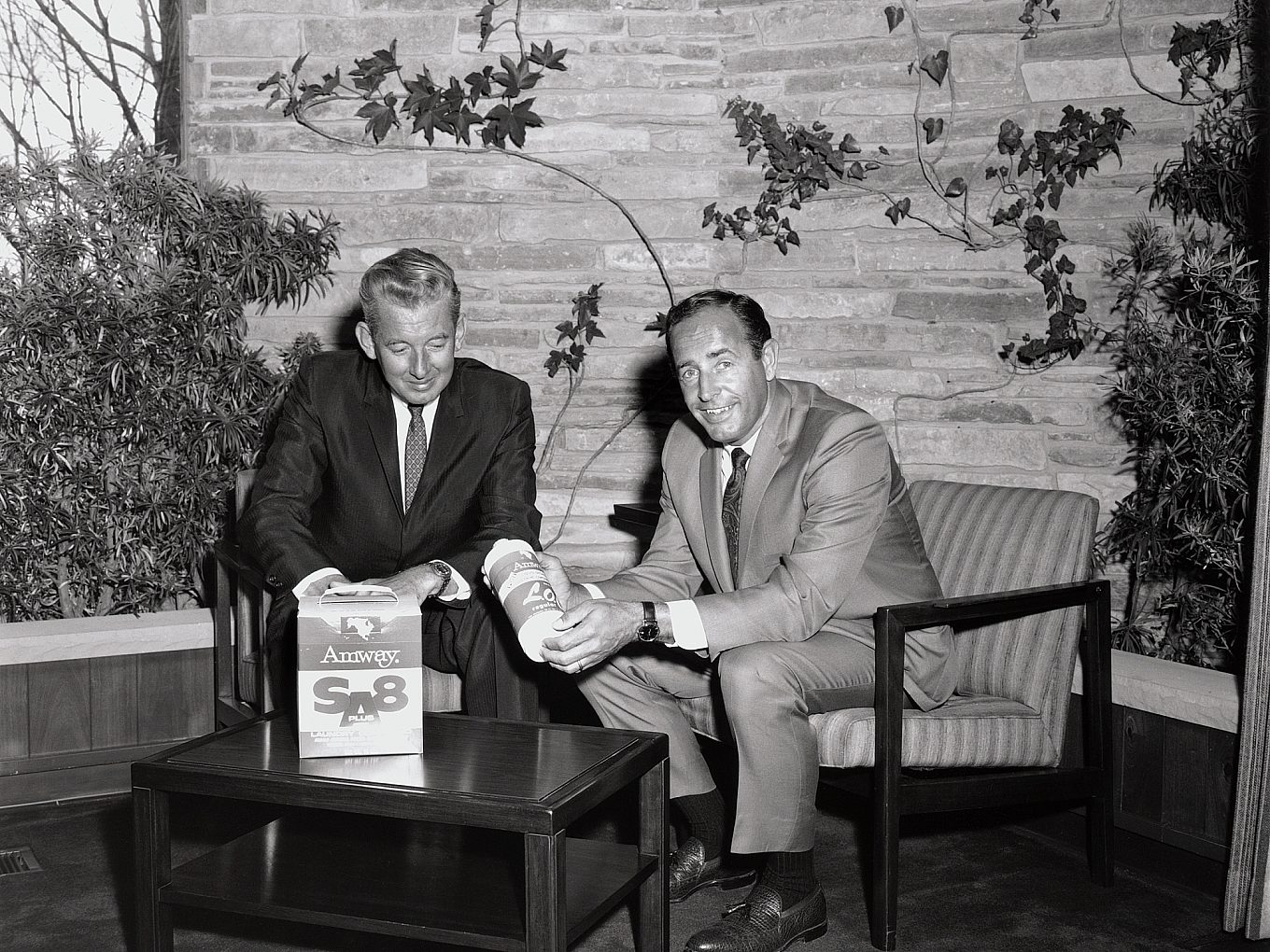 2/5
Rich is often credited with saying that they chose to sell soap because everybody buys it. Here he and Jay sit for a photo with some of their early products, a box of SA8 laundry detergent and L.O.C. cleaner. 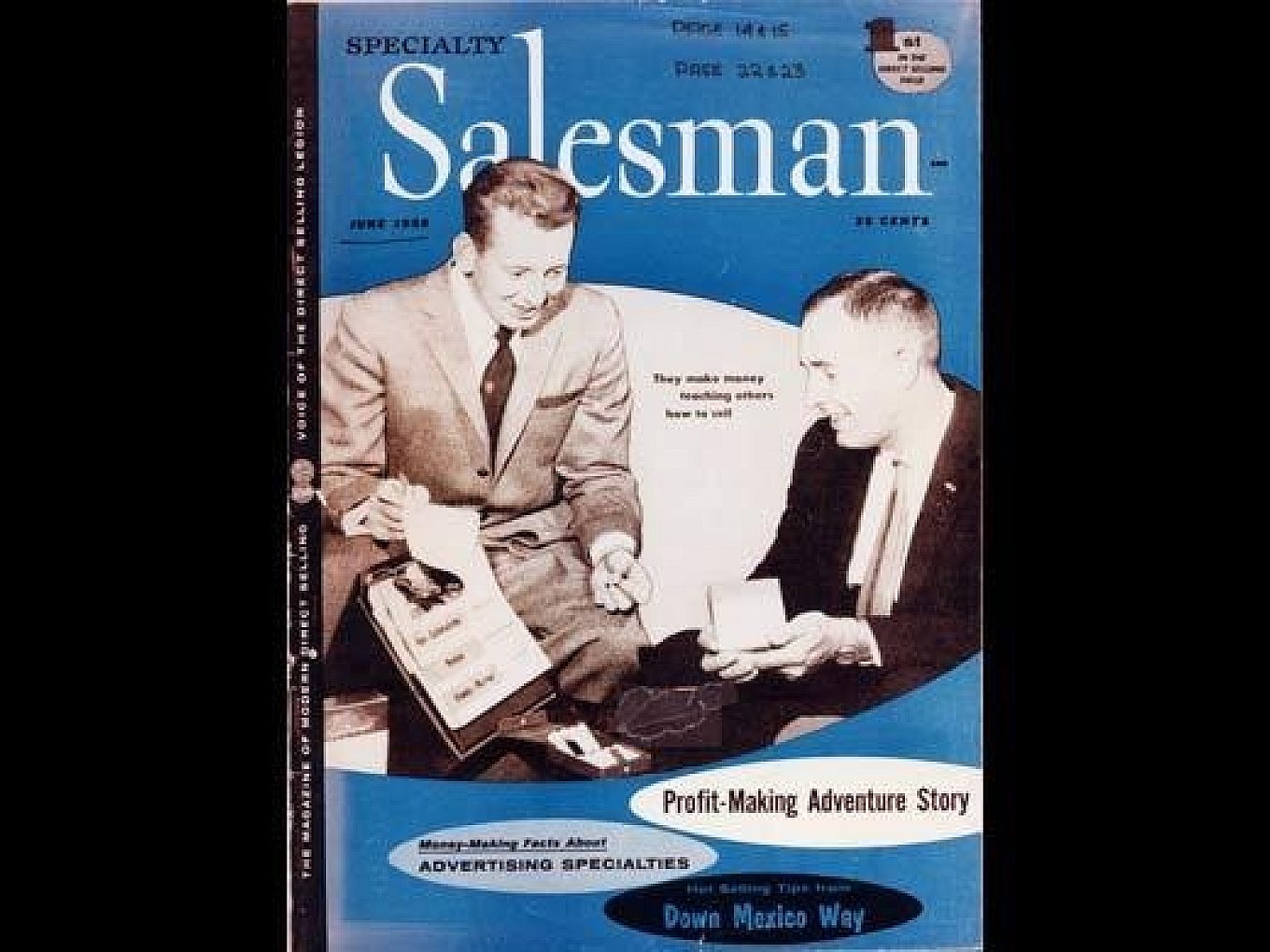 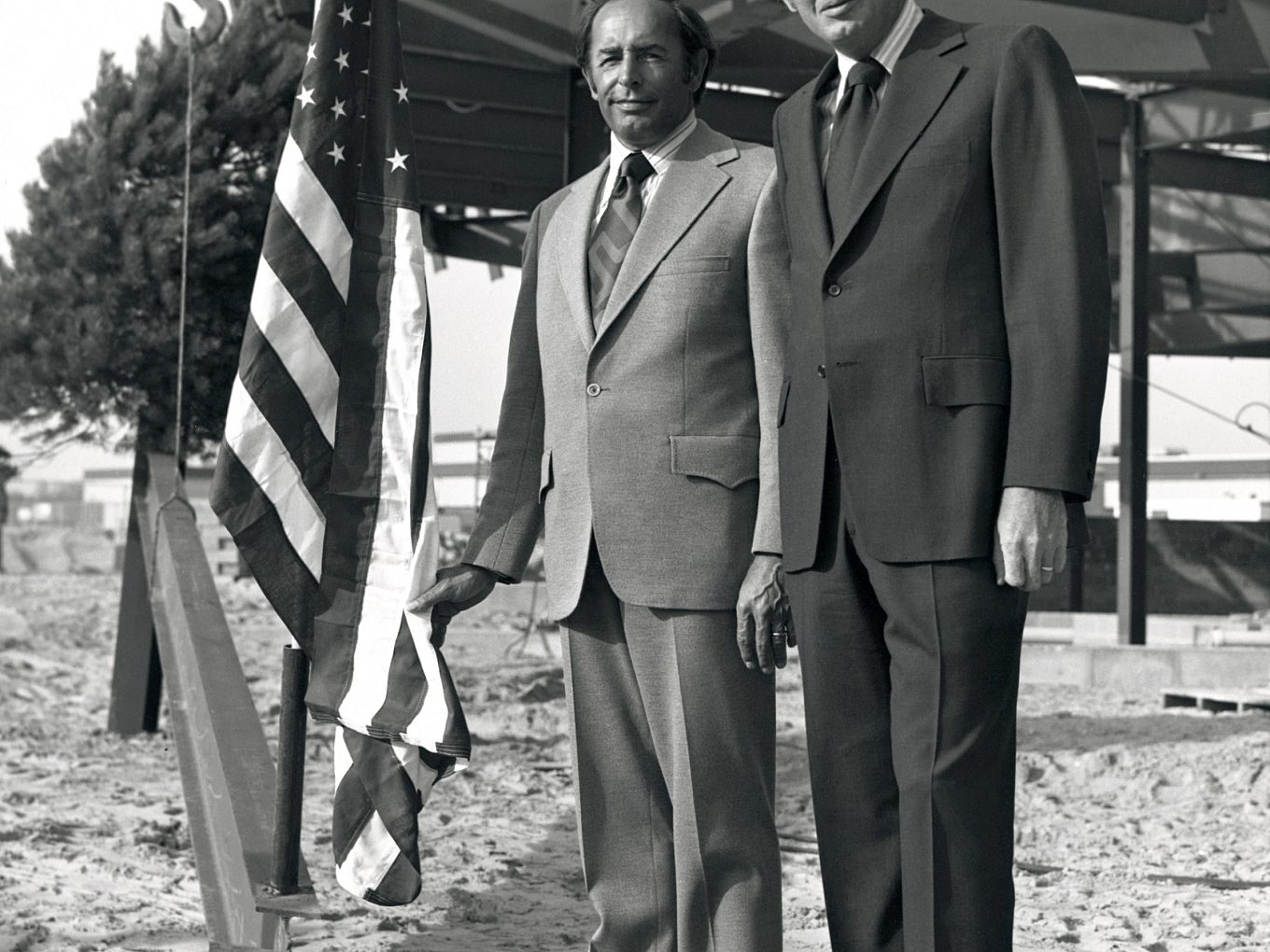 4/5
Rich and Jay raise the American flag during construction of the Center of Free Enterprise at Amway World Headquarters in the early 1970s. 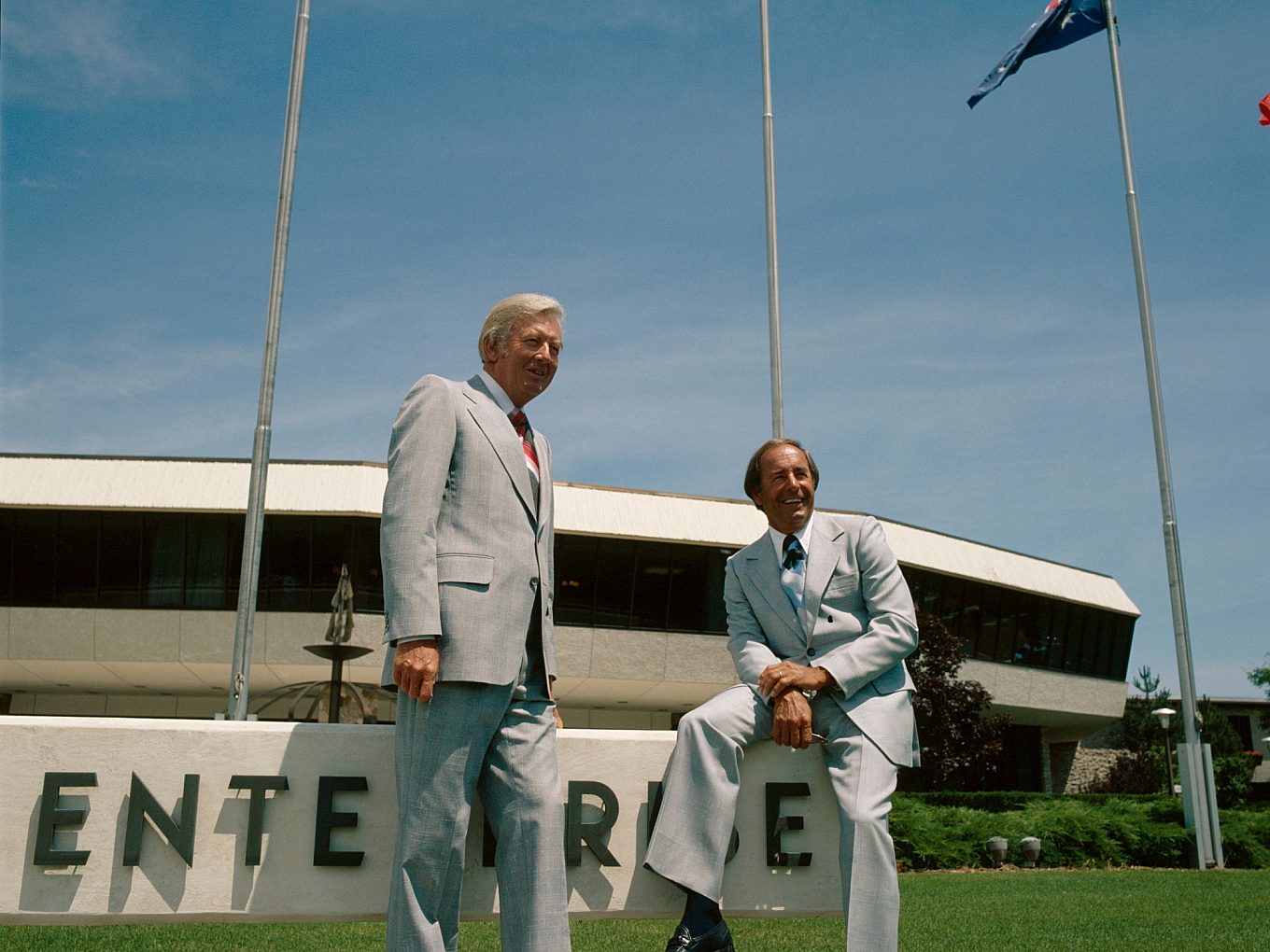 5/5
Jay Van Andel and Rich DeVos pose for a photo outside of the Center of Free Enterprise at Amway World Headquarters.

Rich was speaking from experience about persistence despite setbacks. The market for flying lessons never peaked as people had thought. Not being experienced short-order cooks, Rich and Jay dumped trays of hamburgers that were left too long under the broiler. Late in life, Rich still joked that for years they had an inventory of springs and wheels left from the toy wooden horses they decided to manufacture – just as a major toy company introduced a beautiful molded-plastic model. But they never gave up.

After trying everything from importing hand-carved Haitian mahogany household products to running an organic bakery, the business partners in 1949 finally were introduced to an opportunity that would prove to be tailor-made for Rich’s talents and become the foundation for his future.

Rich DeVos talks about how the founding of Amway embraced the ideas of American entrepreneurship, even at a time when communism appeared to be on the rise around the world.

The opportunity was Nutrilite, a direct sales plan for natural dietary supplements. Few Americans at the time saw the need to supplement the vitamins in their balanced meals and the term “organic” had next to no meaning. But Jay’s cousin was finding success with Nutrilite, and the small investment to get started posed little risk. Within 10 years, Rich and Jay were two of Nutrilite’s most successful distributors.

Building on that success, in 1959 the duo founded what would become their biggest and most successful venture—Amway.

The new direct selling company initially offered soap. Some of its first products were Liquid Organic Cleaner and SA8 Laundry Detergent. But in a larger sense, Amway really offered its new force of distributors something far more valuable—hope.

Since then, Amway’s low-cost, low-risk opportunity has brought home care products as well as leading health and beauty brands to more than 100 countries and territories.

Amway today sells billions of dollars of product each year. In doing so, the company has helped millions of people around the world live better lives.

Their first adventures were by car. When Rich was 14 and Jay just 16, Jay’s father, who owned a car dealership, asked them to drive two trucks from Grand Rapids, Michigan, to a customer in Bozeman, Montana. For Rich and Jay, it was a way to see America.Read the story